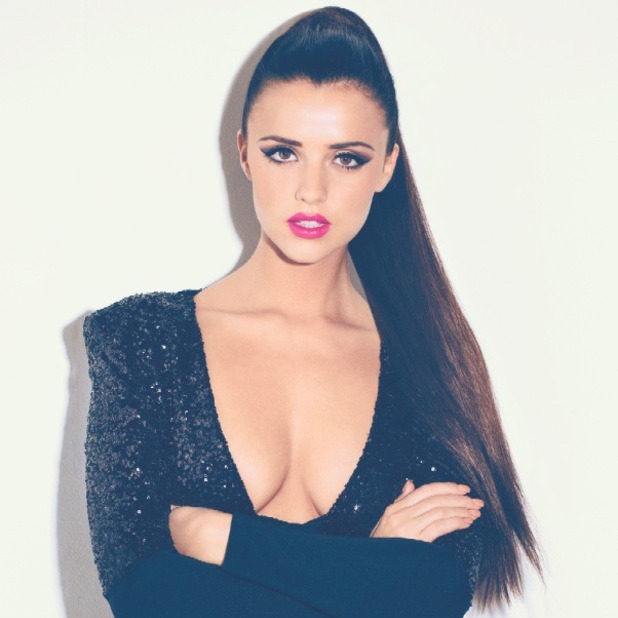 Lucy Mecklenburgh’s bikini pics clearly show her perfect measurements of 34-23.5-35.5 inches. Is she dating anyone? Lucy and her ex-boyfriend have broken their silence and spilled the reason behind their break up.

Popular as a fitness blogger, Lucy is one of those celebrities who believes in staying fit. She not only keeps herself fit but also shares the workouts, diet plans, and fitness mantras through her blog.

Beautiful from head to toe, she has a perfect body with a remarkable tiny waist. Her bikini pictures say it all. The 24-year-old entrepreneur has transformed herself from a chubby girl to a slim hot model. She regularly posts her toned body pictures on social media.

She has gone through a lot of vigorous workouts and strict diet plans to achieve such a sensational body. She has hired a personal trainer, Cecilia Harris and executes her workouts under her supervision. The exercises and workouts are accompanied by strict food diet.

Junk foods have been replaced by nutritional foods and veggies. She has an hourglass body with a measurement of 34-23.5-35.5 inches. She stands 5 feet and 6 inches tall and weighs only 51 kgs.

The former TOWIE star admits she’s got a little motivation from her ex-boyfriend Louis Smith. She was in a 14-month long relationship with him when they finally called it off.

They met on a gymnastics-based BBC reality show, Tumble, in August 2014 in which Lucy was a participant and Louis was a judge. They started dating in December 2014. Smith broke his silence on the reason behind their break up by stating his reluctance to ‘settle down’ resulted in the split.

Though Smith decided to part ways, he is on good terms with her. It was hard for Lucy to get over as their relationship didn’t turn out the way she wanted but she is trying to look on the bright side and her fans and followers are also supporting her.

The beauty also had an unsuccessful relationship with Mario Falcone and Max George before Louis Smith. She was even engaged to Mario Falcone, but her fate had other plans for her.

Mecklenburgh’s perfect body measurements make her look tempting in a bikini. Her latest split with her long-time boyfriend, Louis Smith, has made her stronger and positive. It was Lucy Mecklenburgh’s third unsuccessful relationship, and it doesn’t look like she’s dating anyone presently.