Skip to content
Home » News » One dead, 10 injured outside a mosque in latest London terror attack

One dead, 10 injured outside a mosque in latest London terror attack 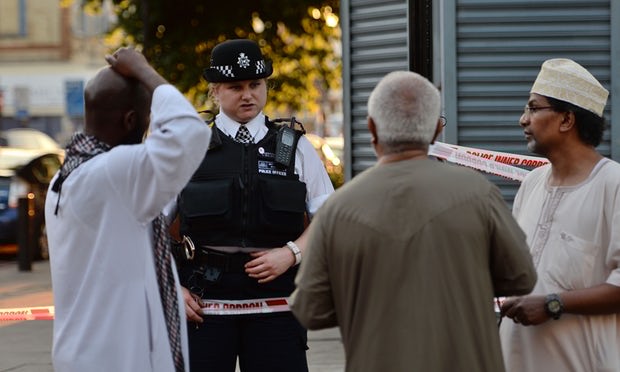 London Ambulance service has confirmed that one person has died from a vehicle attack outside Finsbury Park in London. At least ten people are injured and have been taken to hospitals.
A 48-year-old male suspect has been taken into custody by the police. 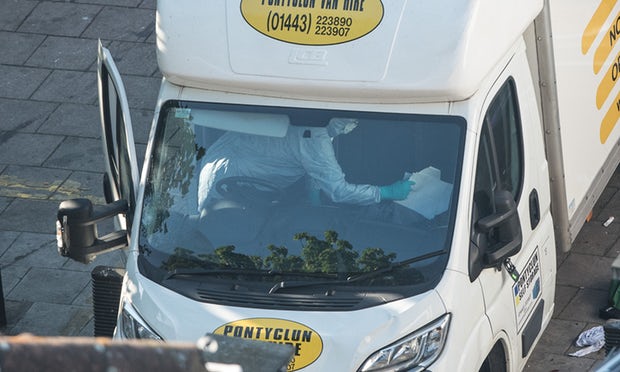 A van drove into a row of pedestrians near Finsbury Park in the wee hours of Monday morning, killing one person on the spot.

Police has informed that a male suspect has been arrested and that he was the only one in the van.

On the other hand, witnesses have told CNN that they saw at least three people coming out of the van.

“The police are treating it as a terrorist incident,” said Home Secretary Amber Rudd.

An imam from Muslim welfare center helped calm the havoc 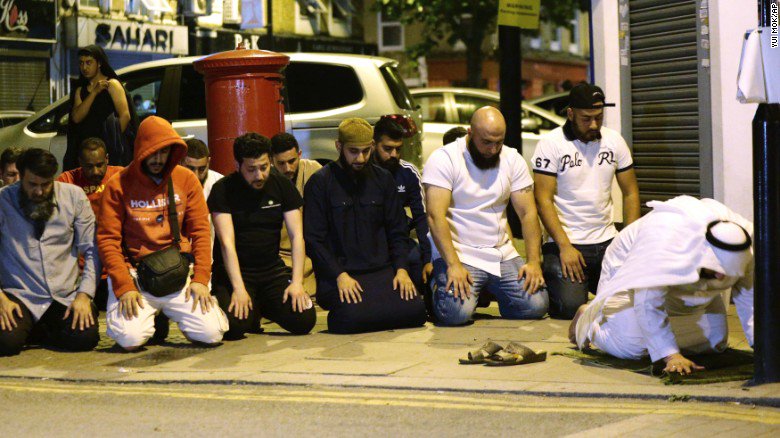 People on the scene were getting violent and had pinned the suspect to the floor. An imam from the Muslim Welfare House,  Mohammed Mahmoud, calmed the angry bystanders until police took the suspect into custody.

After the attack, the center released a statement: ‘All of us at Muslim Welfare House sends our thoughts and prayers to the victims and those injured in the major incident at Finsbury Park.’

Mayor Sadiq Khan has responded to the horrible attack via social media. On Twitter, he wrote, “Thoughts & prayers with all those affected by the horrific terrorist attack on innocent people in #FinsburyPark.”

He shared a photo from his Facebook where he condemned the attack saying, “While this appears to be an attack on a particular community like the terrible attacks in Manchester, Westminster and London Bridge it is also an assualt on all our shared values of tolerance, freedom and respect.”

The Mayor has urged Londoners to remain “calm and vigilant.” 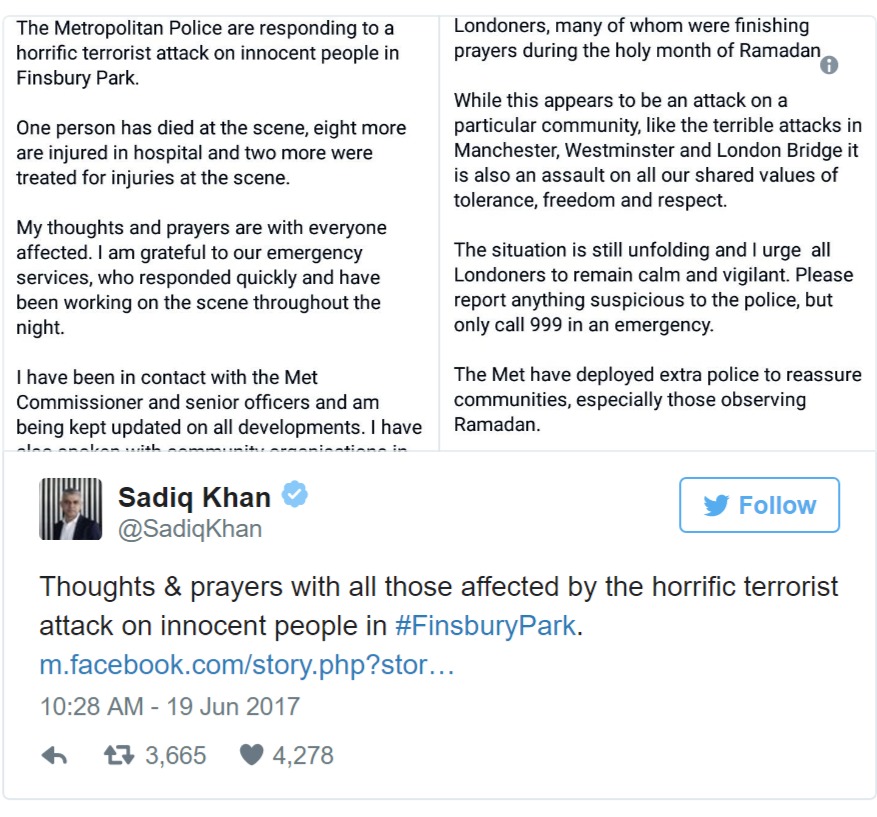