Skip to content
Home » News » Logan Paul’s father Greg Paul announces he will be back to YouTube soon!

Logan Paul’s father Greg Paul announces he will be back to YouTube soon! 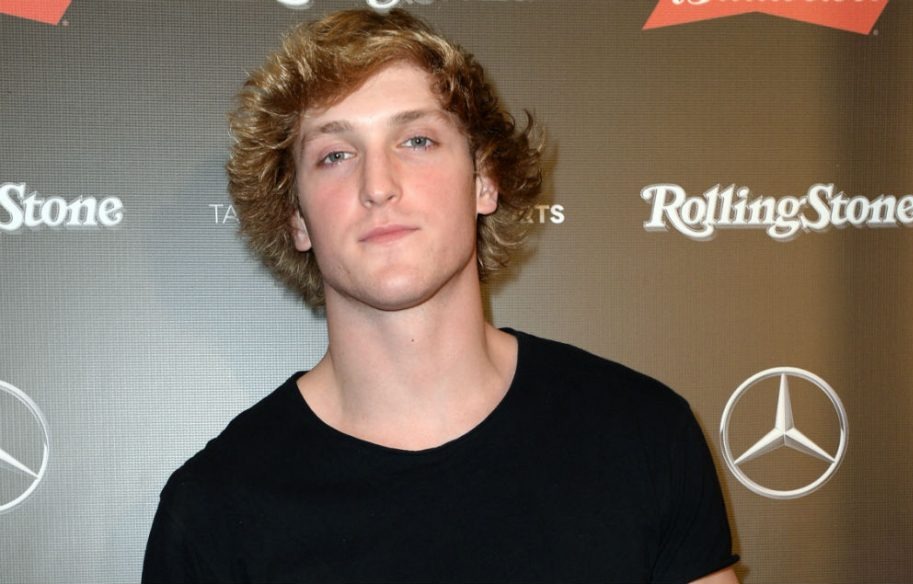 Logan Paul has been talk of the town after he uploaded the Japanese Suicide vlog on his YouTube channel. Last week, he announced that he was taking time off vlogging via Twitter. But his father, Greg Paul insists that he’ll be back to his well to do vlog, soon.

Logan Paul has been missing from vlogging, since his last apology vlog. Many of his fans are expecting him to be back with entertaining videos. At that point in time, Logan Paul’s dad, Greg, has come up with an Instagram videos, referring his son’s return.

Greg posted a video and clarified that his son will be back to vlogging soon. In the video, he thanked his most devoted supporters for getting along with them through a hard time. He mentioned, “The haters will never, ever, have an affect on the Paul family in the way they want to make it happen because the love is too great.” 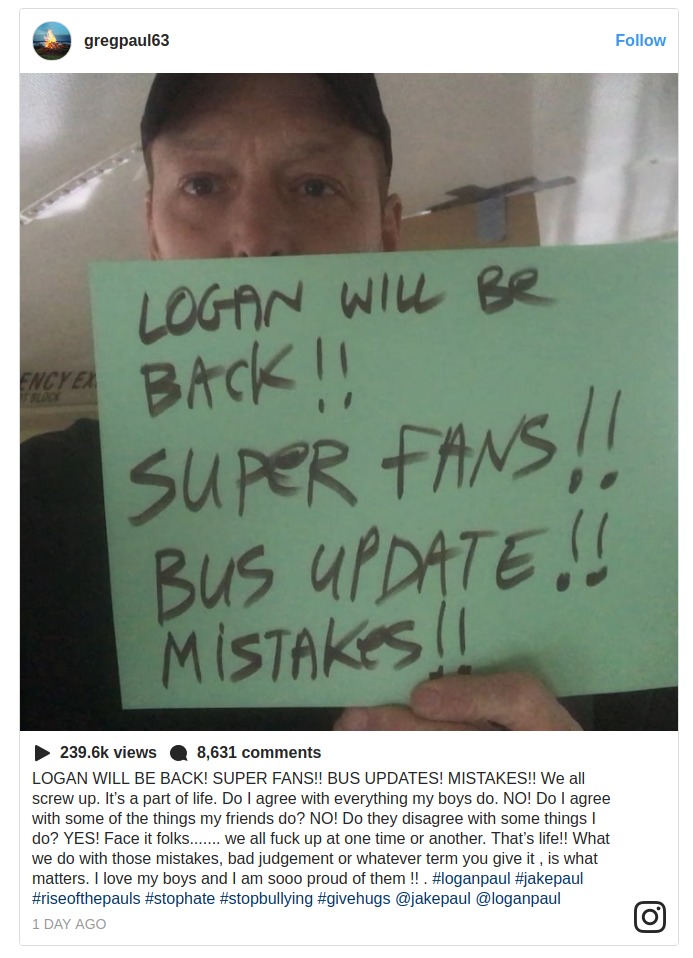 He captioned the video which reads, “LOGAN WILL BE BACK! SUPER FANS!! BUS UPDATES! MISTAKES!! We all screw up. It’s a part of life. Do I agree with everything my boys do. NO! Do I agree with some of the things my friends do? NO! Do they disagree with some things I do? YES! Face it folks……. we all fuck up at one time or another. That’s life!! What we do with those mistakes, bad judgement or whatever term you give it is what matters. I love my boys and I am sooo proud of them !! . #loganpaul #jakepaul #riseofthepauls #stophate#stopbullying #givehugs @jakepaul @loganpaul”

Well! That’s a word of relief to the fans who were giving a shoutout to Paul’s return in vlogging.