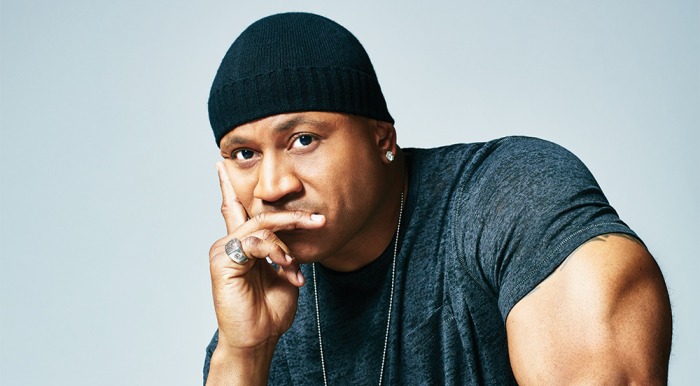 Rapper LL Cool J stayed married to his wife Simone Smith since 1995. They welcomed four children together. Similarly, he keeps his family at the top of his priority.

Read on to know more about LL Cool J’s daughters and son. Likewise, read about his family life in the article down below. Starting with LL Cool’s married life.

LL Cool J saw Simone on the day of Easter while he was driving his mother’s car down the block. He was 19 years old, and Simone was just 17 at that time. Luckily for LL Cool, it got easy to approach her as she was his friend’s cousin.

The couple together has four children. Moreover, JJ and his wife gave birth to three daughters; Nina Simone Smith is 17, Samaria Leah Wisdom Smith is 22, and Italia Anita Maria Smith is 26. Their son, Najee Laurent Todd Eugene Smith, is 28. The couple has been together for 22 years now, and they still have a special bond and are very supportive of each other.

Simone says the formula for having a successful marriage is, “Definitely putting God first. We both definitely come from a spiritual background and there’s a lot of compromise. Picking your battles [and] respecting each other.”

Samaria graduated from The Fashion Institute of Technology in May 2017. LL Cool J also holds the school’s President Award for Creative Excellence. Besides, Italia, his daughter, tied the knot in June 2017. According to E! News, Najee was charged in 2015 with criminal trespassing after an altercation and was arrested in NYC.

The couple had many ups and downs in their life, but they dealt with it together. Moreover, Simone was diagnosed with bone cancer after finding a lump on her leg. LL Cool J did not abandon her, and he was there with her the whole time. Simone beat cancer in 2013 after dealing with it for nine long years.

Simone had her tibia bone removed and replaced with fibular bone from her left leg. The doctors found a Chondrosarcoma tumor in her tibia bone and had a microvascular reconstructive surgery. She was depressed because she had to walk again for almost 2 and a half years.

Her grandmother said, “You better not be depressed and get prayed up for those doctors who are doing this surgery on you, and you’re gonna beat this.’ So I prayed to God, and since then my test results have been great.”

Simone Smith did not like the video of LL Cool J’s song Doin’ It. In an interview with Oprah, she said she saw the video after they came back from their honeymoon.

She added, “And you know what? I didn’t talk to him for two weeks. I was mad. I was so upset over that video because I just felt like we’re married. I understand you’re a sex symbol and yes, you’re sexy. That’s one of the reasons why I married you, because you’re sexy. But at the same time, now that you’re married, there should be some limitations.”

What happened to Akon? Where is Akon now?