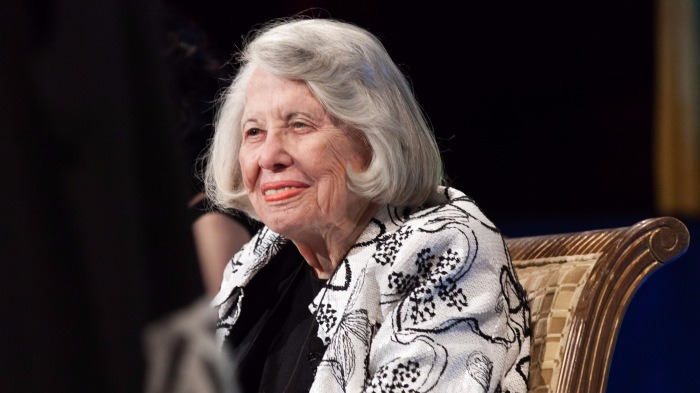 Liz Smith has died in New York today. The famed gossip columnist passed away of natural causes according to literary agent Joni Evans. She was 94.

Smith shaped the New York gossip scene for decades. With columns at The New York Daily News, The New York Post, and Newsday, she became the go-to source for everything celebrity related.

Smith was born in 1923 in Fort Worth, Texas and moved to New York City after graduating from the University of Texas.

One of her big stories came after the implosion of Donald Trump’s marriage with Ivana Trump in 1990. Smith took Ivana’s side and published inside scoops about the whole affair.

At the time, Smith herself was targeted by gossip media – Outweek founding editor Michelangelo Signorile demanding that she come out of the closet. Smith never bowed down to these claims but she did reveal that she was bisexual in her 2000 memoir Natural Blonde. She also revealed her long term relationship with Iris Love.

She retired from The New York Post in 2009 but continued publishing up until her death.