Lisa Ling family trauma and struggle. Wrinkle free at age of 42; is it magic of plastic surgery? 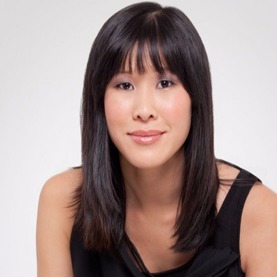 Lisa Ling, a famous American Journalist, went through a family trauma in the past due to her sister Laura Ling’s imprisonment in North Korea. She and her family had to struggle a lot to take Laura out from the North Korean cell.

Seven years back on 17th March 2009, Lisa’s sister Laura Ling and her friend Euna Lee were arrested by the North Korean military on the Chinese border while trying to film refugees who were staying along the border of China. After they were arrested, CNN revealed that they were sentenced 12 years in labor camps charging against their illegal border crossing attempt and Korean Nation rule.

Lisa and her family tried their best to free Laura and her friend from the imprisonment. They pleaded for speedy release process on the humanitarian grounds and also presented some emotional reason attached to Euna as she is a mother of 4 years old daughter. Likewise, her sister Laura was also having medical treatment for an ulcer at that time due to which she needed a regular medical attention.

They released a statement where Lisa made an apology to the North Korean government stating that her sister never put the step in their territory intentionally.While having her words with People, she said that it had been the most weakening experience of her life and that she had never been in such helpless situation before. She also mentioned that her sister Laura is an incredible journalist.

Lack of diplomatic relation and communication of her country with North Korea made it more problematicfor the two in North Korean jail. However, they were released by the great effort of former President Bill Clinton after spending 140 days in prison.

Keeping aside the family trauma, if we talk about Lisa’s personal life, she is certainly a hardworking and career focused woman. She is also one of the most attractive faces in the American journalism industry whose beauty has stunned quite a lot of people.

Mother of two children, Lisa Ling is currently 42 years old but appears very young to her age. With a perfectly maintained figure, Lisa has aradiant face that has not a single wrinkle. Many people believed that her firm skin is artificially acquired with the help of plastic surgery procedures but to their surprise, she has denied going under a knife ever in her life.

It might probably be her lifestyle that contributes to her healthy appearance and figure. However, the types of food Lisa eats and the workout regime she follows have not yet been revealed.