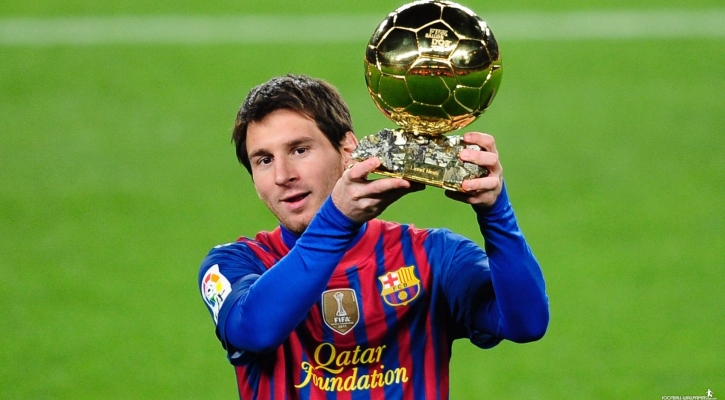 A legend of world football and one of the greatest players who served the beautiful game of football, Lionel Messi is really a great player born one in a million. Lionel Messi currently is one handedly running the world of football with his professional rival C. Ronaldo few steps behind. Considered as the greatest footballer player of modern days, Lionel Messi has been breaking the old record and creating history day by day. 4 times consecutively player of the year winning player Lionel was born in Rosario, Santa.Fe, Argentina. 27 years aged Lionel Messi was born on 24th June of the year 1987. He was named Lionel Andres Messi Cuccittini in his birth but is well known as Lionel Messi all around the world. By his playing style he also has been nick named as Magician.

Lionel Messi is a forward serving the Spanish team Barcelona since the year 2003. Born in an economically weak family, Lionel Messi quiet struggled in his early days and then went to change the world of football forever. He played for Newell’s Old Boys form 1995-2000 and then moved to Barcelona. Lionel Messi has the height of 1.69 m. He is a complete player and probably the best dribbler in the history of football.

Lionel Messi has won 6 La Liga, 2 Copa del Rey, 6 Supercopa de Espana, 3 UEFA Champions League, 2 UEFA Super Cup and 2 FIFA Club World Cup. His country Argentina went to the final of 2014 World Cup in Brazil and went to lose a final with Germany. Lionel Messi ha dozens of personal awards which can be studied in details in wiki along with his bio.

Lionel Messi dated Macarena Lemos and then dated model Luciana Salazar, and then married beautiful Antonella Roccuzzo in the year 2008. They currently live in Barcelona, Spain with a gorgeous boy child Thiago Messi.