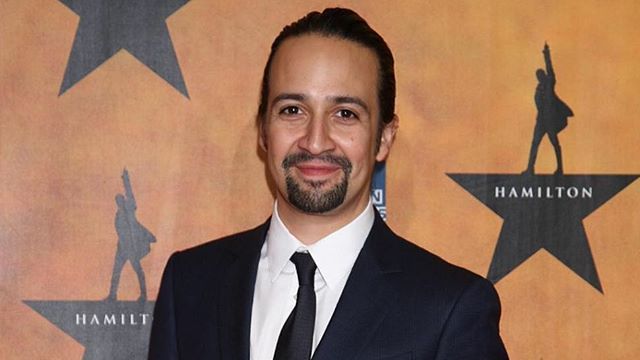 Hamilton’s America is the testimony to the dazzling & historical creativity that went into Lin-Manuel Miranda’s immediate cultural landmark as well as the solid indication of why this musical will continue to pull sellout crowds to the coming years.

Those eager to see Hamilton’s America, a documentary about a Lin-Manuel Miranda’s smash-hit musical Hamilton on PBS, won’t have to wait so longer as the show had its world premiere at New York Film Festival on Saturday.

Actor, rapper, and writer, Lin-Manuel Miranda looked super-handsome with the impeccable personality while stepping out at the NYFF on Saturday.

After a talkback with the audience packed with eager young ‘Hamilfans’ at the New York Film Festival, Miranda, Tony Winner Renee Elise Goldsberry and Horwitz, all retired to an upstairs party space at the Alice Tully Hall of Lincoln Center to fete the premiere & Variety’s Gotham Issue that features Miranda on the cover.

Had the best time at the #HamildocPBS premiere at the NY Film Festival. So proud of @Alex_Horwitz and his work. pic.twitter.com/z0Kz2m0mbh

Variety’s co-editor in chief, Claudia Eller put Miranda on the spot when he was called up before crowd asked how one person could create a musical like Hamilton. Miranda responded, “One person doesn’t do it alone. You don’t go into theater because want to have a one-man band.”

After giving shout-outs to Thomas Kail, Hamilton director, musical director Alex Lacamoire and Andy Blankenbuehler, choreographer, who all helped him ‘note by note’ and ‘line by line’ for 7 years until it was done, he turned a spotlight on wife Nadal, whom he calls “the most brilliant dramaturg that I know”.

Hamilton’s America will screen 2, 15 and 16 October as a part of Film Society Of Lincoln’s Center’s NYFF before it airs on October 21 on PBS Great Performance.