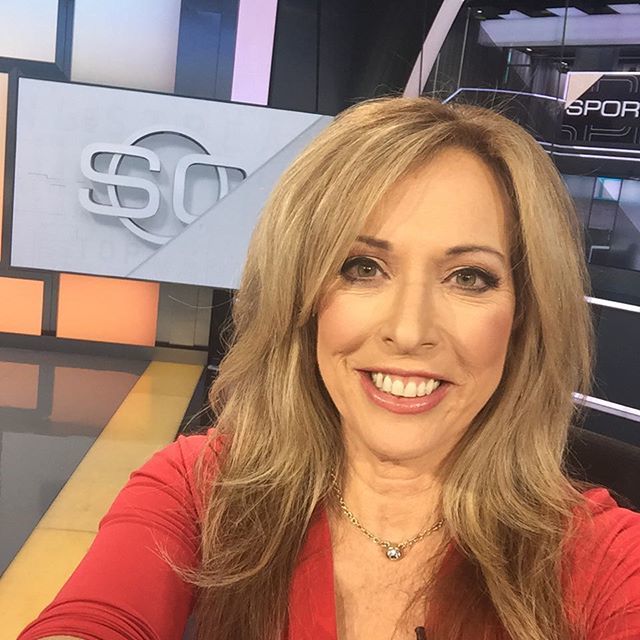 Linda Cohn is popular as the anchor of the ESPN channel SportsCenter. She has been in the SportsCenter for 24 years.

Linda was born on November 10, 1959, in Long Island, New York, U.S. She graduated from Newfield High School, Seiden. She then went on to receive a Bachelor of Arts and Communications.

Linda was interested in sports since her formative years. She served as the goalie of ice hockey teams in 2006 Oswego State Athletics.

In 1981, she started her career as a sports anchor, writer, and reporter for WALK-AM/PM based in Patchogue, New York. In 1987, she became the first full-time U.S. female sports anchor on a national radio network – the WABC TalkRadio.

Her early career highlights were 1987-1989 TalkRadio, call-in radio sports in New York. She was then appointed as a regular for the morning version of Sportscenter at the ESPN.

In addition, in 1989, Linda served as sports reporter for the SportsChannel America and News 12 of Long Island. She also co-hosted ESPNEWS, weekly NASCAR segments at the time of ‘Chase for the Cup’.

In 2008, Linda published her memoir titled ‘Cohn-Head’. In the book, she discussed her interests in sports and challenges of a career in the sports industry, especially for a female journalist. According to the book, one highlight of her career was working as a prognosticator at the 1997 NCAA basketball tournament.

She stands 5 feet and 5 inch tall. In addition to her exceptional work ethic, she is popular for a glamorous and attractive body figure. It has been rumored that Linda underwent plastic surgery and breast implants to intensify her looks.

Linda was born to a sports-loving Jewish family. In particular, her mother founded a local hockey league. Her mother’s involvement in sports provided for Linda’s increasing interest in ice-hockey.

Linda is in a relationship with Matt Voity, a hockey coach. Linda, 56, is a divorcee. She ended her longtime marriage to Stew Kaufman in 2008. With Stew, Linda has two children: daughter Sammy and son Dan Kaufman. Despite a bitter experience with Stew, Linda loves her two children.

Linda is actively involved in charity events and community activism towards children struggling through the Alzheimer’s.

Linda has an estimated salary of $750000 and a net worth of $8 million. She has 220 K followers in twitter. For more information, she can be followed @lindacohn.