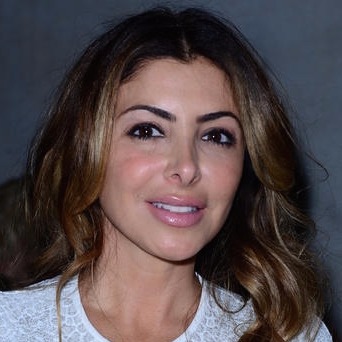 Larsa Pippen is an American reality TV star widely known for her appearance as one of the cast members on the Bravo reality series The Real Housewives of Miami.

Born on 6th July 1974, Larsa Pippen claimed to fame when she appeared on the Bravo reality series The Real Housewives of Miami. She was seen in the first season of the reality series which telecasted from 22nd February 2011 to 5th April 2011.

Larsa Pippen was born as Larsa Younan into a Syrian-Lebanese family. She grew up in Chicago, Illinois. Larsa received her bachelor’s degree from the University of Illinois where she majored in political science. She has also studied acting from the Prestigious Piven Theater Workshop which is run by actor Jeremy Piven’s family.

A renowned reality star, Larsa is married to the retired professional basketball player, Scottie Pippen. She is married to Scott since 1997. From getting into marital relation with the famous NBA star, she has given birth to four children named Sophia, Justin, Preston and Scottie Pippen, Jr. She is expected to be spending blissful moments with her husband since there is no news published about her going through divorce or separation with husband.

The Gorgeous Larsa Pippen is an amazing fashion diva with an unbeatable sense of fashion. A close friend of another fashion junkie reality star Kim Kardashian, Larsa’s taste of fashion has been liked and appreciated by many.

Besides, she is a fitness junkie who loves spending most of the time in the gym.  Figure conscious Pippen enjoys doing various workouts and has thus managed to stay in an attractive figure even after becoming a mother to four kids.

Moreover, the diva is inspired to motivate people to live a healthy life . So she has started to share workout tips through her blog videos. Larsa Pippen is also very popular on the social media. She has a large number of fan followers on Instagram and Twitter. Her fans can follow her on Twitter and Instagram @larsapippen.