Lara Spencer and Rick McVey in front of Eiffel Tower 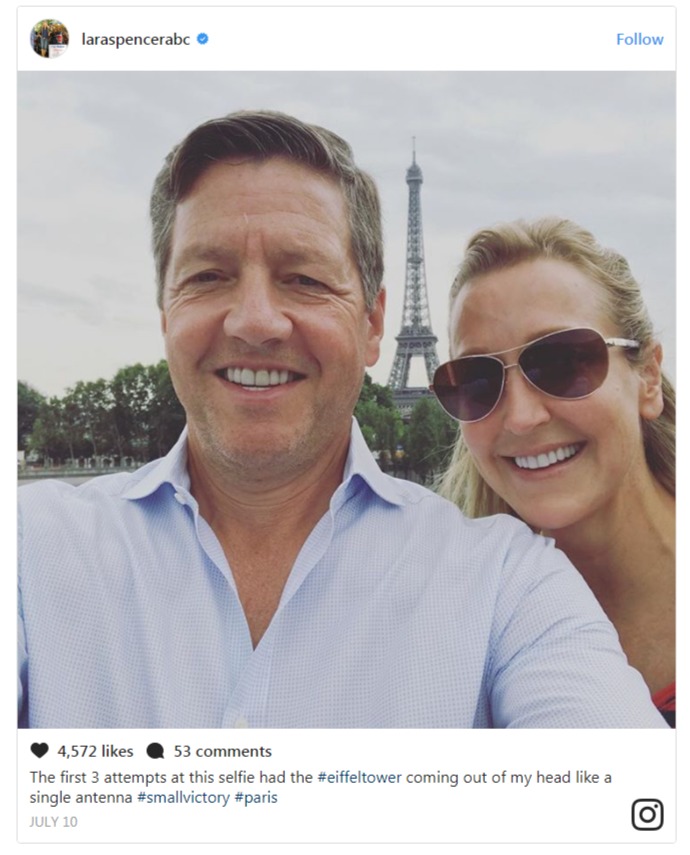 Lara Spencer shared this picture on her Instagram on July 10, 2017 and didn’t addressed who the man is on caption. She wrote, ‘The first three attempts at this selfie had the #eiffeltower coming out of my head like a single antenna #smallvictory #paris.” She hasn’t made any comments on her relationship status after she and this man, Rick McVey were seen very open with their PDA in January 2017 at Lure restaurant in New York City.