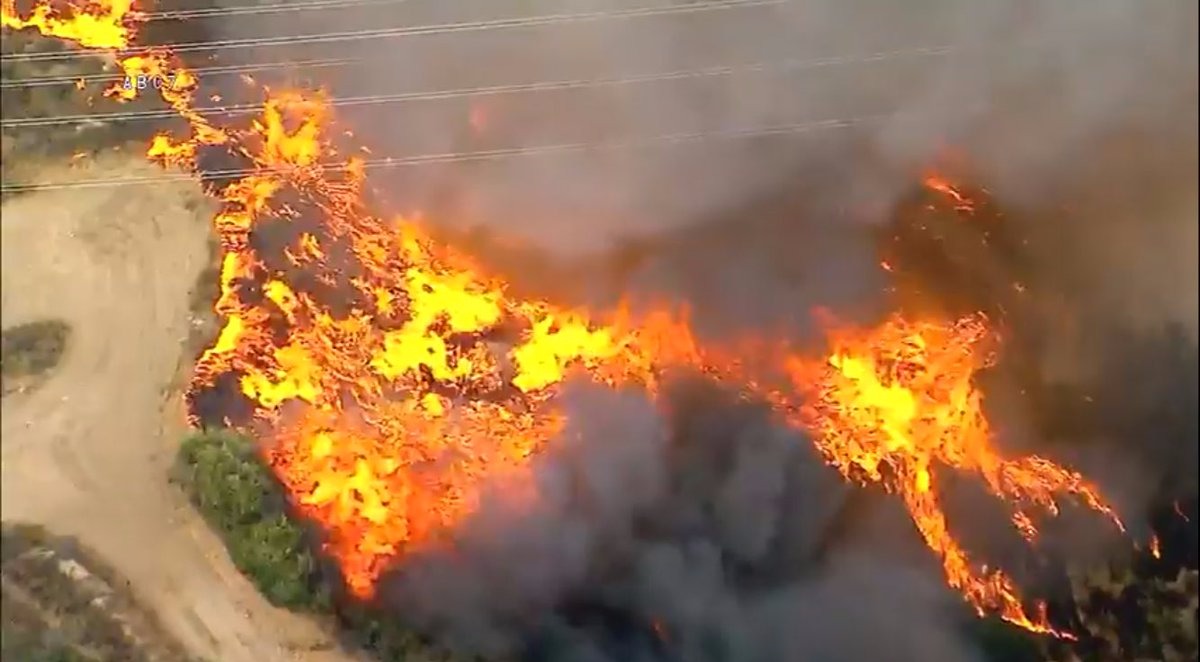 Burbank residents at the foot of the Verdugo Mountains were ordered to evacuate as firefighters struggled to control a raging wildfire that grew to over 2,000 acres.

According to Los Angeles Fire Department, within just a few hours, the fire burned over 2,000 acres in the La Tuna Canyon Park area of the Verdugo Mountains.

National Weather Service issued an extended warning of a heat wave as triple-digit temperatures were reached throughout Southern California as storms slammed through the cities. The hot temperature continued to broil the Southland today and has been guessed to persist through at least tomorrow.

Drove past this fire in La Tuna Canyon a little over an hour ago. If you’re in CA, prepare for natural disasters. It’s not if, it’s when. pic.twitter.com/zEENhbanpT

Battalion Chief Ron Barone said, things, “Things are definitely dynamic with this fire.” He also said that he was the crews were initially able to stop the flame’s progress along the canyon’s ridgeline, but it started spreading down the hillside by 10:30 p.m.

The fire broke out near the 1o8oo block of La Tuna Canyon Road in Sunland-Tujunga area at around 1:30 p.m. and was estimated to be less than an acre initially. But, the flames spread across the Foothill Freeway after high winds carried embers.

All traffic and on the 210 Freeway were shut down as the fire intensified and spread across the highway. The highway was closed on Friday night. Concerned authorities ordered additional mandatory evacuations when fire continued growing and threatened residences in Burbank.

The residents in the path of the flames were asked to move to the safe zone in McCambridge Recreation Center at 1515 N. Glenoaks Blvd. Other evacuation centers were established at Verdugo Hills High School, DeBell Golf Club. 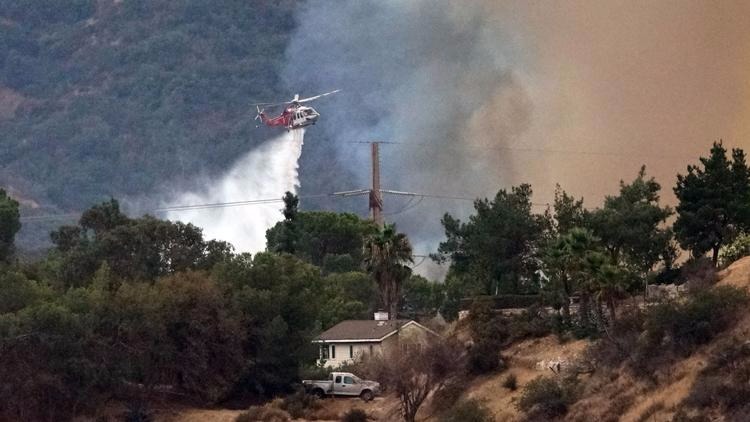 LA city and county used two Super Scoopers and 10 helicopters to help fight the fire from the air and multiple fire agencies were sending additional resources for structure protection of the neighborhood and assist with the evacuations.

Around 500 of firefighters (260of those from LAFD) were dealing with 40 mph winds and flames reaching 100 ft. in height. It was reported that the containment was maintained at 10% by 7 p.m.  overnight ahead of the nationwide heat wave.