Everything about Street Outlaws Kye Kelley Car and Girlfriend 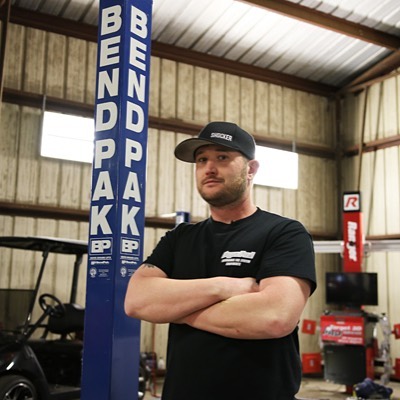 Growing up in McComb, Mississippi, he has been racing ever since he got his license.

He started from dirt bikes and eventually moved to cars, fast cars.

He got a partial scholarship to attend junior college, however, he did not complete his education due to lack of money.

He dropped out of college to work in the oil fields but later changed his career and started professional racing.

He was married to Alisa Mote and has a daughter, Kenadeigh Alexa Kelley with her. The two got divorced in 2016.

He is now dating a fellow racer, Lizzy Musi, the daughter of doorslammer legend and engine builder, Pat Musi.

He drives a 5th gen ‘92 Chevrolet Camaro, which he has named The Shocker.