Kathy Griffin is not sorry anymore about beheaded Trump controversy 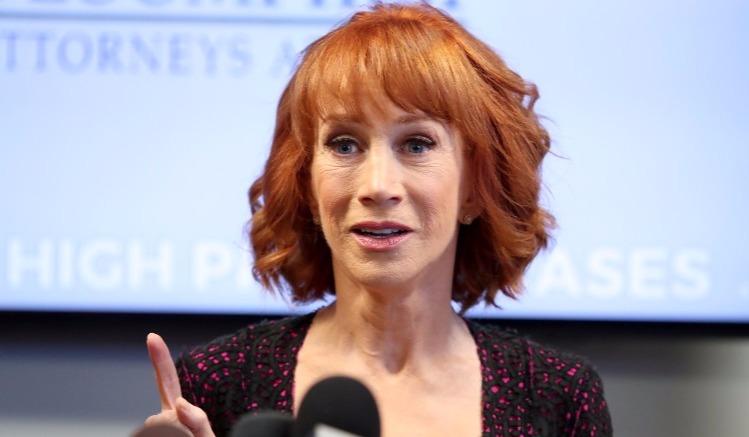 Kathy Griffin is no longer sorry! The American comedian took back her apology for the stunt in which she held a fake severed head of Trump while in an interview in Australia on Tuesday.

Kathy appeared on Channel 7’s show Sunrise on Tuesday to promote her Australian tour, but the interview went south when the conversation turned to the controversial photo of Kathy holding the decapitated head of the U.S. president.

The show’s host,  Samantha Armytage then asked if Kathy still believed she crossed a line by posting the doctored image of Trump. “Do you not agree that that picture holding up a severed head – I know it’s mask covered in tomato sauce – but do you accept that was a little bit over the line?”

Griffin’s  reply was feisty and direct. “No you’re full of crap. Stop this. Stop acting like my little picture is more important than talking about the actual atrocities that the president of the United States is committing.”

Back in May, when she faced immediate backlash after the photo from the shoot went viral, she had apologized saying, “I crossed the line…I went way too far. The image is too disturbing; I understand how it offends people. It wasn’t funny. It gets it.”

ABC presenter Michael Rowland supported Samantha after she suffered awkward clash from the comedian.  He tweeted after the bizarre interview, “What a Prima Donna! (Not You, @sam_armytage…)”

Samantha thanked him by tweeting back: “I know, right?! Thx @mjrowland68.”

During the interview, Griffin also criticized Trump’s call for a ban on military service by transgender people and also his pardon of former Arizona lawman Joe Arpaio.

Here’s what Chris Cuomo had to say on Arpaio pardoning

What began as a non-comedic joke at the expense of the president had real-life consequences for Griffin. Not only CNN’s New Year’s Eve gig, which she had been hosting for a decade but also her seventeen-year friendship with Anderson Cooper, ended in the wake of Trump controversy.

In May Cooper tweeted his disapproval of Kathy’s artistic expression, calling it disgusting and completely inappropriate. A few days later, Griffin admitted at a news conference that Cooper’s comments hurt her.

In July, while appearing on Bravo’s Watch What Happens Live With Andy Cohen, he stated that they were still friends but Griffin claimed that at that point, she had yet to hear from Cooper privately.

It wasn’t until August 10, that Cooper reached out to her in a series of text messages, at which Griffin replied back that their friendship was over.

Back then, Trump had also hit out her on Twitter. “She should be ashamed of herself,” he wrote.