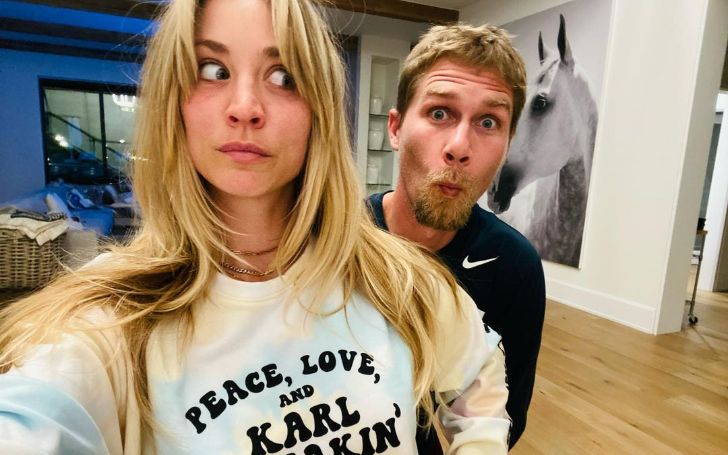 Considered one of the highest-paid TV actresses, the former Big Bang Theory star, Kaley Cuoco, ended her wedlock. Furthermore, the talented actress and her husband, Karl Cook, revealed their decision to split back on September 3rd, 2021.

Cuoco and Cook stated that even though they decided to divorce, both hold tremendous respect for one another. Moreover, unlike most highlighted celebrity divorce, Kale and Karl kept theirs civil.

Why Did Kaley Cuoco and Karl Cook Divorce?

The lovebirds Kaley Cuoco and Karl Cook lead their married life in bliss. However, as things change, and people change accordingly, so did their wedlock. Moreover, both of this former husband and wife kept things pretty chill about their divorce.

Although things did not work out between the two, Kaley publicly stated that both wished happiness for each other. And she further added, even though both Karl and herself remained public about their matrimony, they would prefer to keep the separation a private affair.

To some, divorce could be heartbreaking, gut-wrenching, and all the bad mojo. But, the talented actress seems to be handling the whole ordeal pretty well. Similarly, according to various sources, the actress seems to be dedicating most of her time to improving herself. Likewise, the recently divorced actress focuses all of her energy on her career.

As it turns out, no Karl Cook nor Kaley Cuoco filed for spousal support. Moreover, the former couple had a prenup. As such, Cook wants the communal property divided with one other according to their prenup.

According to various sources, the Big Band Theory and The Flight Attendant actress, Kaley, asked the court of law to deny spousal support. Recently, E! News revealed that Cook filed a request that all of the jewelry and other artifacts bought in the wedlock be returned to him.

As a tennis player, Mr. Cook managed to earn himself quite the fortune. And as of 2021, Karl Anders Cook holds an estimated net worth of $200 million. Likewise, his ex-wife, Kaley herself, owns a roughly calculated net value of $100 million. And so, she nor Karl would need spousal support.