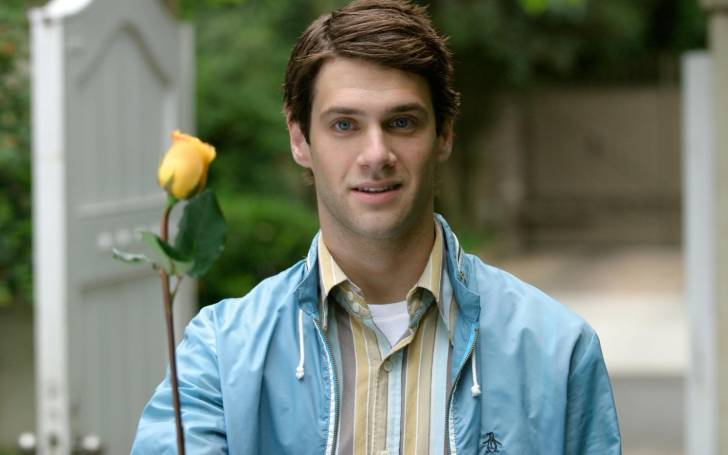 The Hangover actor Justin Lee Bartha is an American actor and producer. He is known for his roles as Riley Poole in the National Treasure film series (a series of historical theatrical adventure action mysteries), Doug Billings in The Hangover trilogy, and David Sawyer in the NBC comedy series The New Normal.

Justin starred as Colin Morrello in the CBS All Access legal and political drama The Good Fight. Learn all about the talented actor in the piece about Bartha!

On July 21, 1978, Justin Bartha was born in Fort Lauderdale, Florida. But he later moved to West Bloomfield, Michigan, when he was eight. Likewise, Bartha hails from an American nationality.

Justin was born of white ethnicity. His mother, Betty Bertha, is a school teacher, while his father, Stephen Bartha, is a real estate developer. Moreover, the couple had a son before Justin.

His parents are both from Jewish families (they moved to the U.S. from Austria, Germany, Poland, Russia). Justin was raised with Jeffrey Bartha, his older brother. What’s more, Justin and Jeffrey were raised in a Reform Jewish family.

Justine Bartha and his wife Lia Smith, an instructor at Pilates, tied the knot in the bride’s native Hawaii on January 4, 2014. The couple married just before sunset Saturday afternoon in Oahu, as per sources.

Both Justin and his wife lead a very successful married life. And so, no news or rumors regarding the couple’s divorce has come to the surface. Likewise, Bartha keeps his past affairs away from the peering eyes. As such, the names of Justin’s ex-girlfriends remain hidden from the world.

Net Worth of Justin Bartha

In the 42 years, old American actor and film producer Justin Bartha has had an estimated net worth of $22 million. Furthermore, his main source of income includes acting. Besides, he has also gained royalty from his blockbuster movies over the past two decades. He is also a producer who earns a decent amount of money from the profession, contributing to his net worth.

Bartha’s first debut movie was 54 as a clubgoer. However, he began his career behind the camera as a production assistant. Moreover, he produced, wrote, and starred in Justin Show. Gigli and Carnival Sun in 2003 was his major role. He also enjoyed parts in Failure to Launch and NBC’s Teachers, which only aired six episodes in 2006. He cost in an indie comic-drama, Holy Rollers, in November 2007.

He was featured in another of Jesse Eisenberg‘s plays, A Little Part of All Of Us, for Playing On Air, a non-benefit agency that “records short plays [for public radio and podcast] composed by top writers and performed by remarkable actors in 2014. He has worked with the Matrix Theater Company, serving as the guest director for their Teen Company in Are You Passing?, a play on the condition of schooling in Detroit.