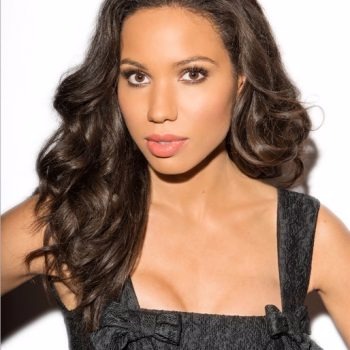 The gorgeous American actress Jurnee Smollett-Bell has been widely recognized as Jass Merriweather in the Emmy Award-winning TV series Friday Night Lights. She is also renowned for her appearance with her siblings on the ABC sitcom On Our Own.

Born on 1986, October 1, as a Jurnee Diana Smollett-Bell to Janet and Joel Smollett in New York City, Jurnee’s siblings are blessed with acting skills. All the Smollett children grew up pursuing careers in acting, modeling, singing, and music.

Surrounded by the actors in the family, Jurnee commenced her acting journey at the age of five in Hanging with Mr. Cooper and Full House. After a few years, she starred in the ABC sitcom, On Our Own, with her five siblings. After gaining great experiences early, she expanded her vocation to the big screen in 1996 with Jack.

In 1997, Smollett showed an incredible performance in the movie Eve’s Bayou, for which the Critics Choice Award complimented her. One after another, Smollett achieved success through which she gained popularity. Right after she became part of the comedy series Cosby, she earned two NAACP Image Awards.

After appearing in a Fox Comedy, Wanda at Large’s recurring role, Jurnee was cast in The Great Debaters in 2007. And again, she was honored with the NAACP Image Award for being an outstanding actress. After that, she made several appearances in TV series, including Grey’s Anatomy, True Blood, Do No Harm, Parenthood, and Underground.

Since she has been forwarded her step to acting, Jurnee has made herself a promising actress in TV series and movies. After gaining a much-needed breakthrough, Jurnee is currently busy playing the role of Rosalee in the TV series Underground. She signed the movie One Last Thing, which was released in 2017.

Jurnee Smollett isn’t a married woman anymore. Furthermore, she finalized her divorce with the ex, Josiah Bell, back in 2020. However, the duo kept things tightly wrapped. And so, the former husband and wife kept things quiet during and after the whole ordeal.

Jurnee tied the knot with her long-time boyfriend, Josiah Bell, a musician, on 2010 October 24. Since her marriage, the couple has been firmly attached to the bond of love. But, her marriage lasted only a decade long time.

Smollett and her ex-husband welcomed their baby boy, Hunter Zion Bell, on November 16, 2016. She expressed her joy of experiencing parenthood for the first time through her Instagram account as “Hunter Zion Bell. So in Love with our little man”.

The astounding American actress has certainly made her name recognizable in the media. Jurnee Smollett holds an estimated net worth of $2 million from her acting ride ranging from TV series to movies.

Speaking of wealth, her ex-husband, Josiah Bell, owns an approximated net worth of $15 million. Moreover, given her ex-spouse’s wealth, she could have received a hefty amount of money as divorce alimony.

The black beauty Smollett has crossed 30 years of age. Yet, she looks gorgeous standing with a height of 5 feet 6 inches.