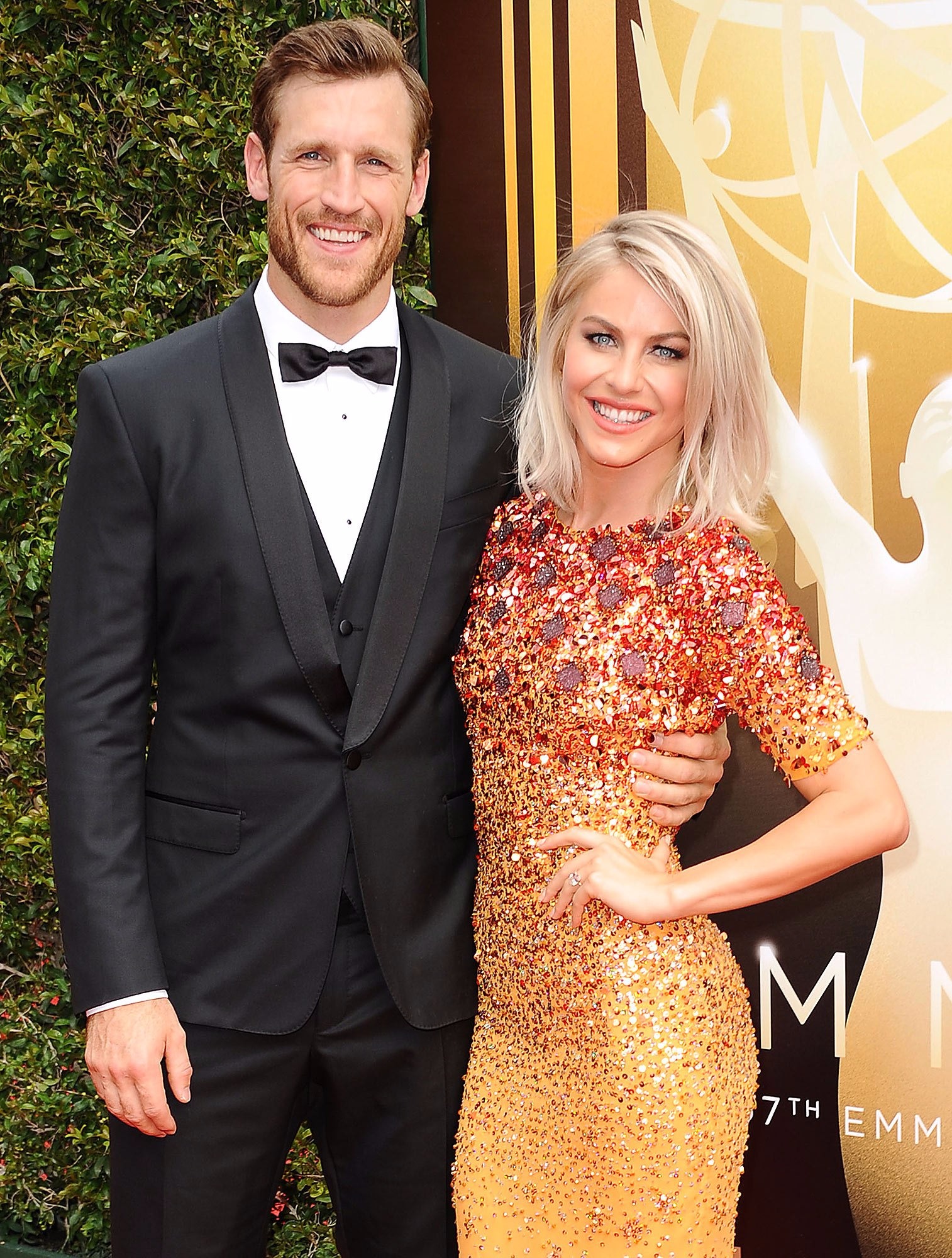 The couple tied the knots after nearly two years of being engaged, before which they had dated for a year and a half.

They announced their engagement in August 2015.

“I never really believed in the saying ‘when you know, you know,’ but my whole world turned around the minute I met Brooks it was instantaneous,” said Hough, who met her husband through a mutual friend.

The couple exchanged their vows in the presence of over 200 guests including family and close friends, which included Julianne’s brother Derek Hough and friends Nina Dobrev Mark Ballas and Aaron Paul.

Derek also served as a groomsman, and Julianne was given away by her father, Bruce.

Hough wore a Custom Marchesa gown whereas Laich suited up in a tuxedo by Brooks Brothers.

“I don’t think I ever really necessarily dreamed about my wedding as a kid,” the 29-year-old dancer told People “But I know I will always cherish and remember it for the rest of my life.”

Lexi and Harley, their two Cavalier King Charles Spaniels, sported floral collars for the ceremony and served as ring bearers.

As for her wedding must-haves, Hough wanted her dogs to be a part of it.

She said “…and [my dogs], Lexi and Harley, have to be a part of it. The little dogs, doing something!”

Hough gushed about Laich to ET in May, revealing that it was a love at “first sight”.

“It was crazy. We had been talking for a while, but we hadn’t met,” she said “When we saw each other for the first time, it was like, ‘And, we’re done.’”

Congratulations to Julianne and Brooks!