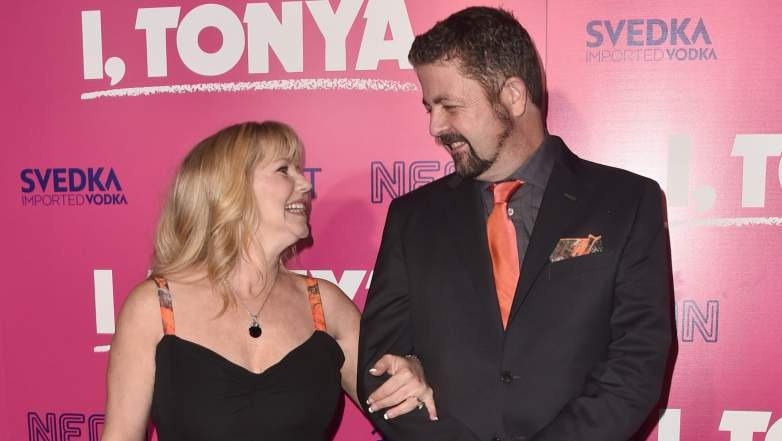 Joseph Jens
Price is the third husband of former Olympian skater, Tonya Harding. The couple has been married since 2010, and also shares a son, Gordon.

Joseph Jens Price met his then future-wife, Tonya Harding in a local restaurant, Timbers, in 2010. He was singing karaoke when Tonya first saw him. Within a matter of seconds, Tonya fell for his “beautiful eyes.”

Tonya proposed Joseph within weeks, and in those same weeks, she was carrying his baby too. Later, the two tied the knot in 2010. The following year, the two welcomed their first child, Gordon. The couple has been sharing a blissful married life ever since. As of now, the family of three resides in rural Central Oregon.

Joseph is the third husband of Tonya. Previously, she was married to Jeff Gillooly who was involved in the infamous 1994’s Nancy Kerrigan attack. She then married to IT worker, Michael Smith in 1995, but separated in less than a year.

What is his net worth?

Joseph used to work as a heating and air-conditioning worker when he first met Tonya in 2012. But these days, he works as an occasional woodworker. In his work, his wife also accompanies him. For that Tonya shared, “It’s hard times for everybody money-wise until this economy turns around, at least for normal people.”

Tonya tried out different work to find a career in it. She started doing odd jobs after her professional career as a skater was banned when she allegedly got involved in the Nancy Kerrigan attack. She even got her feet in the music and boxing.

Life is not always as smooth as one desires, but without a doubt, the hard time comes with an expiry date. Likewise, things started to fall into places after the release of a biopic movie, I, Tonya of which Tonya is the subject. As of early 2018, Tonya’s net worth is estimated to be $30,000, and her husband’s net worth is yet to be revealed.