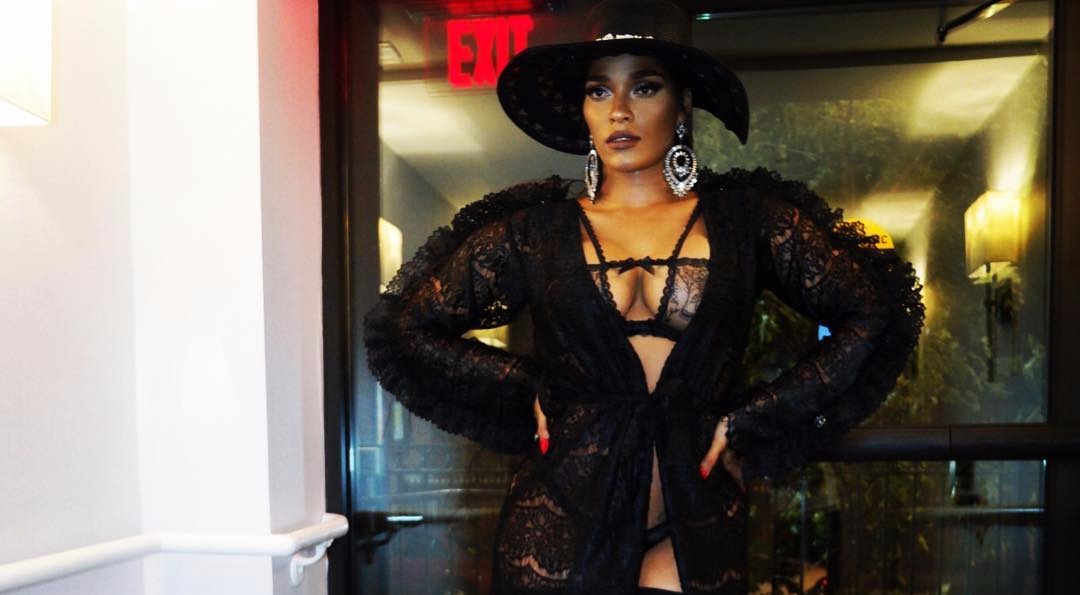 Reality star Joseline Hernandez has struggled to make it in the entertainment industry since a young age. She had a turbulent marriage with musician Stevie J, as depicted on the reality show, Love & Hip Hop: Atlanta.

Joseline doesn’t have fond childhood memories. She was abandoned by her mother and was made to leave home.

Joseline claims that she had to work in strip clubs as a teen to provide for her five siblings. Years later, in an emotional clip, Joseline confronted her mother for abandoning her.

Joseline is huge on tattoos and fancy hairstyles. She has a few captivating tattoos on her body. She likes to flaunt her artistic designs on her Vh1 reality show and on social media. She has a shocking suicide tattoo on the right side of her lower torso and a “Vive Glory” with lipstick tattoo on her hand.

Joseline stands five feet eight inches. Before pregnancy, she measured 34-25-32 inches. She prides over her natural, seductive breasts. That is not to say that she has not really been under a surgeon’s knife. Sources reveal that she has had her hips done time and again.

She likes to change her hairstyles often, so you might see her with a different hairdo every time you tune into Love & Hip Hop. Interesting to note, she is yet to reveal her natural hair, which she says is “very long and healthy”.

Joseline Hernandez’s love life has made a hit reality show

Joseline was accused of cheating on her husband. While talking about this on her show, Joseline lashed out, “I’ve been cheated on, I’ve been lied to and stood by him”. She further added, “He wants to have me like a puppet master. And I’m like, no, I gotta go. Peace out.”

The ex-couple experienced turbulence in their relationship after appearing on “Love & Hip Hop: Atlanta”.

Joseline Hernandez has a child with Stevie J

Joseline gave birth to her baby in January. She is certainly not the kind to let the affair slip away without a little drama.

While announcing her pregnancy several months ago, she denounced Stevie J for disclaiming the child. She said that her ex-husband Stevie J was a “child molester” and that she and her baby were better off without him.

Joseline’s pregnancy news has garnered an extensive media spotlight. Stevie J replied that he was up for a DNA test but would demand a full physical custody of the child if paternity tests were positive.

Looks like Joseline Hernandez’s has relationship drama waiting for her in the future too.