Skip to content
Home » Entertainment » Joseline Hernandez, renown for the aspiring Music Career, is very close to her Family & parents!

Joseline Hernandez, renown for the aspiring Music Career, is very close to her Family & parents! 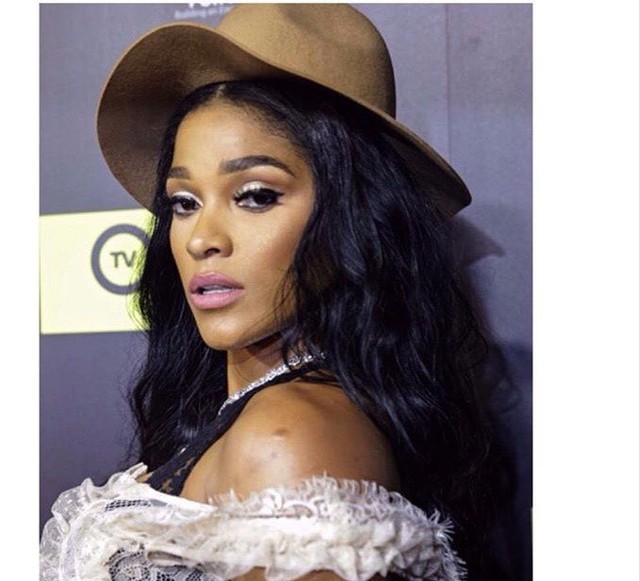 Joseline Hernandez loves her family dearly and is the darling of her parents. How sweet is that? She does not let the fame of her aspiring music career blind her from what’s important.

Hernandez grew up with her mother and stepfather. Her biological father died of drug overdose. She has five other siblings. One of her brothers needs special care as he is autistic.

The proof of how much Hernandez loves her family comes from way back when she was a teenager. At that time, her mother was a drug addict so to support her siblings, Hernandez took to stripping. Because of that, she had to put aside her desire to be a singer and go through a lot of hardship.

She used to hate her mother. Having a protective and caring love for her siblings, Hernandez still remains very close with them.

The Sizzling beauty Joseline Hernandez has never hesitated to share a glimpse of her family life with her followers. A look into her social accounts reveals the story of how much affection and bond Joseline have for her family.

Being a family woman, Hernandez forgave her mom after she grew up. Now they both have a strong relationship, and she also finally could pursue a music career. Hernandez once openly talked to her mom about her addiction and ended up crying.

We are happy that the two reunited as having a stable and close family is important to Hernandez despite being a famous person.

Flashback Friday joseline with her sis @yanyra3705 and Dad ・・・ #Fomily…. .bih Where?

A photo posted by Joseline Hernandez Fanpage (@thebaddestputaalive) on Jun 12, 2015 at 7:20pm PDT

Best known for her aspiring music career and her drop dead gorgeous looks, Hernandez has a lot to thank her parents for giving her the beautiful Puerto Rican genes. She loves to take time away from her career to meet up with her parents and siblings to celebrate holidays together.

A decade after Joseline started supporting her family, she seems to be building her own family currently. If the rumors are to be believed then, Joseline is expecting.

She posted a picture of her baby bump in her official Twitter account, which later evoked a rant between Joseline and her former partner Steve J. The rant between the two brought up major headlines, none more shocking than Joseline calling Steve a gay.

The star of the show Love & Hip Hop: Atlanta, Hernandez has garnered huge public attention from the show, which is still ongoing. The reality show has revealed a lot about her family details. It has unveiled the deep love connection of Joseline Hernandez with her parents.