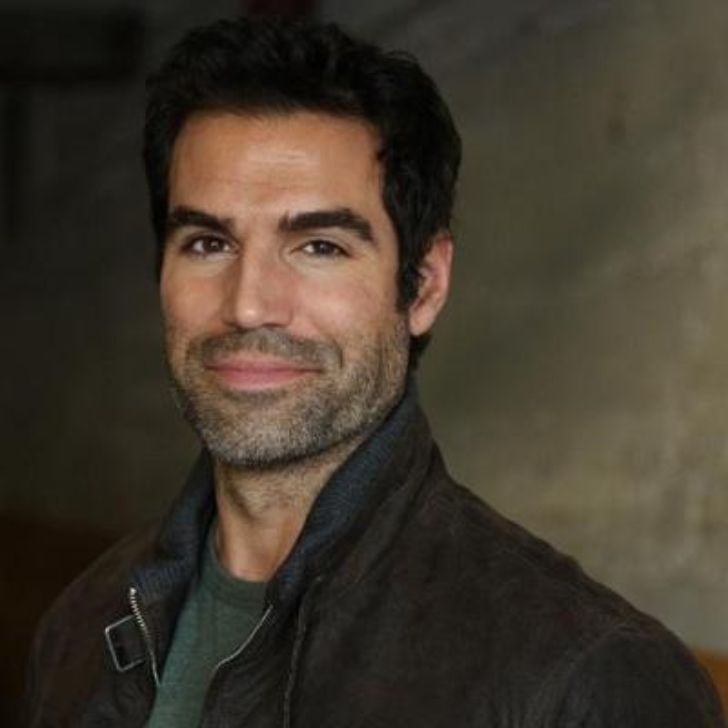 Jordi Vilasuso is a Cuban-American actor from Florida, USA. His popularity rose with Tony Santos in the CBS soap opera Guiding Light from 2002 to 2003. For which he even won the Daytime Emmy award for Outstanding Young Actor in drama series.

But, Vilasuso keeps his private life secret. Even so, information regarding his childhood days, relationship, and so on are below. So, let’s start with Jordi’s bio and early life!

Jordi’s full name is Jordi Alejandro Vilasuso. Furthermore, Vilasuso was born on June 15, 1981, in Miami, Florida, United States. Moreover, he is American and comes from white ethnicity. Dr. Frank Vilasuso is his father, and Ana Vilasuso is his mother.

Furthermore, he spent his childhood days with his parents in Miami. What’s more, he grew up with two other siblings. Javier Vilasuso is his elder brother, whereas Marianne Vilasuso is his younger sister. And recently, Vilasusoturned forty-one years old.

For his studies, Vilasuso studied high school at Ransom Everglades High School. After that, Jordi graduated from Glendale Community College, California. However, his brother went to medical school.

Regarding his physical appearance, Jordi is 5 ft 10 inches tall with an athletic body. His astrological sign is Gemini. Likewise, Vilasuso has a pair of dark brown eyes and black hair.

Who is Jordi Vilasuso Married To?

Jordi Vilasuso married actress Kaitlin Riley. At first, Kaitlin was a fan of Jordi from Guiding Light. At that time, she was just 15 years old. They first met at a Lulu Lemon restaurant in 2003, Jordi was 21 years old, and Katlin was 16.

From 2010 to 2012, they dated for two years before marriage. The duo welcomed their first child Riley Grace on November 26, 2012. Besides, they ultimately exchanged vows on August 25, 2012, in Islamorada, Florida. In July 2016, their second child Everly Maeve was born.

His wife, Kaitlin Riley, is an American actress. She has appeared in many ads and television commercials. Her debut role was Young Catherine in the movie Catherine Grove in 1997. After that, she appeared in many films. Moreover, Riley played a role In the Shadows, From Justine to Kelly and Monster, Scavengers and Watercolor Postcards.

In 2020, when the Covid-19 pandemic shattered the whole world. And Vilasuso’s family was also affected. On April 9, he stated that his family had minor symptoms of Covid-19. Thankfully they remain healthy today.

Net Worth of Jordi Vilasuso

Jordi Vilasuso earns a huge sum of money working in TV series and movies. His annual income, as per various sources, is $500k to $800k. His passion and hard work for his work contributed to his successful career in acting.

As of 2022, Vilasuso’s net worth is around $2 million. Likewise, Kaitlin Riley, through her acting career, has also made a huge amount of money. Moreover, Riley holds an estimated net worth of $1 million.

Thus, they seem to be living a healthy and joyful life with their daughters. Jordi and Kaitlin currently reside in Los Angeles, California. Furthermore, a typical house in LA starts at $1 million. And according to various online sources, the prices of real estate in California have gone up 14.6%.

Vilasuso debuted his career by acting in Home Run film in 1996. Earlier, Vilasuso played many small roles. Then in 2000, he appeared in a guest role in the supernatural drama Buffy the Vampire Slayer. Despite this, he got the part of Tony Santos in the Guiding Light TV series from 2002 to 2003.

Ultimately, the Tony Santos role even awarded him the Daytime Emmy Award for Outstanding Actor in drama series. Moreover, Jordi’s other movies include The Lost City and Heights, Ready or Not and La Linea, Days of Our Lives, and Below the Surface.

Recently, he has been playing the role of Rey Rosales in CBS The Young And Restless. At 41, Vilasuso gained a huge name and fame throughout his career. He is also a media influencer having 63.6K followers on Instagram, 22.4k followers on Twitter, and 1,488 followers on Facebook.