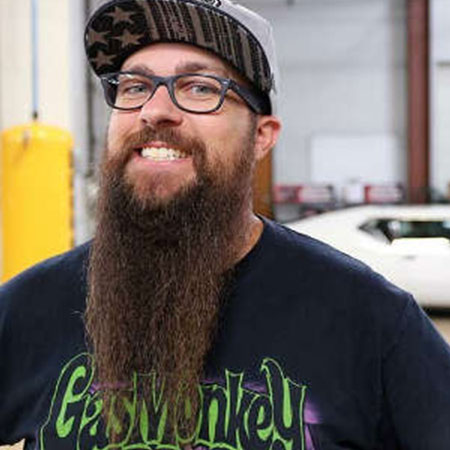 He and Aaron Kaufman have been friends for over two decades now.

When GMG’s reality show, Fast N’ Loud was being filmed in 2012, he was approached to work at the shop.

Aaron left GMG in December 2016, and they started working at Arclight Fab.

So, it’s possible that he also left his position at GMG at the same time.

Now, he has been recognized as the second beard at Aaron’s Arclight Fab.

He may also star on the Arclight Fab’s upcoming reality show, ‘Shifting Gears.’

Jonathan has been married to a beautiful woman named, Kayla Mansour for a decade.

The couple has a beautiful daughter named Marley who was born on June 7, 2013.

Mansour has over 45k followers on Instagram where he regularly posts pictures of his family and workplace.