Skip to content
Home » Entertainment » Where is Stuart Little’s Jonathan Lipnicki in 2018? Net Worth Revealed

Where is Stuart Little’s Jonathan Lipnicki in 2018? Net Worth Revealed 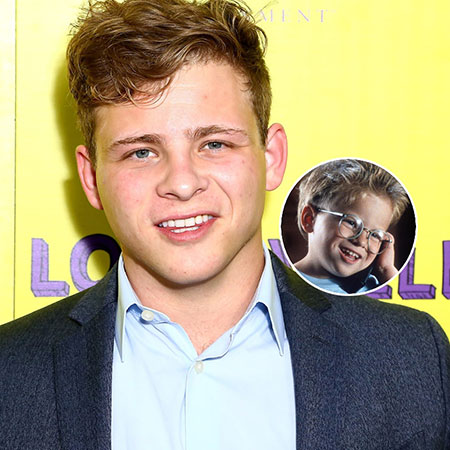 Jonathan William Lipnicki was born on October 22, 1980, to Joseph and Rhonda Lipnicki.

He even won two awards for his role in the movie.

After his mainstream success, he started to focus on independent movies and impressed the critics with his performance in the drama, When Zachary Beaver Comes to Town.

Throughout the years, he has been making appearances in various TV shows like Monk, Touched by an Angel, and Dawson’s Creek.

He appeared in the 2011 LA production of the play, The Lieutenant of Inishmore and was a part of a 2013 play, Lost Girls.

He has been involved with charities. Around the time of Stuart Little’s release, he was involved with Juvenile Diabetes Research Foundation.

According to USA Today, he raised $1.9 million for the cause. The organization named him one of their Heroes of 2001.

He is currently involved with I Have A Dream LA, an educational non-profit organization.

Like many other child actors, Jonathan focused his attention on school after his huge success, however, he admits that leaving acting for school was his biggest career mistake.

He couldn’t reciprocate the brilliance in acting to his schoolwork as he was often labeled, “lazy” and he later learned that he had dysgraphia, a learning disorder.

He was even bullied during middle school, and he struggled with depression and anxiety. Also, he constantly suffered from panic attack for which he continues to seek treatment.

As of now, he continues to pursue his acting career and has actually been involved in more movies and TV shows than he did as a kid.

His recent work was in the movies, Circus Kane and Andover. We can expect him to appear in more movies in recent future.

While not busy acting, he practices Brazilian jiu-jitsu and Muay Thai and spends time with his terrier, Denny.

With his career in acting, he has accumulated a net worth of $5 million. Not bad for an actor, who hasn’t appeared in major movies and TV shows!