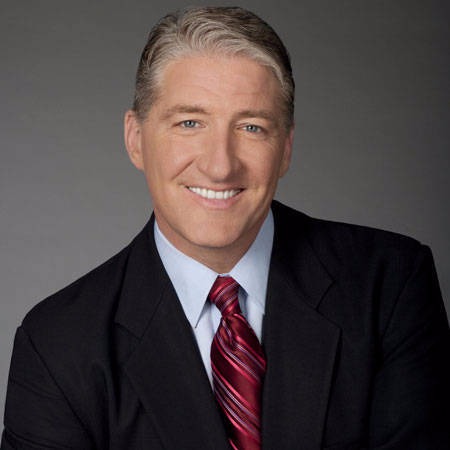 John King, one the prominent names in the journalism arena has been one the major assets of CNN network. Had been the man behind many notable reports, including the death of Osama Bin Laden, the legacy of John King in journalism is quite inspiring yet controversial.

Native of Dorchester, Massachusetts, John King, a well-known name of American media industry was born on August 30th, 1963. Belonging to American nationality, John is of Irish descent. Regarding his education, John was the attendant of Boston Latin School & has a Bachelor’s degree in journalism from the University of Rhode Island.

Commencing his career as a writer at Associated Press in 1985, John was named a Chief political correspondent in 1991, which was followed by his coverage of 1992 & 1996’s presidential elections. With his Kuwait’s Gulf War coverage, John won the best reporting award from the Associated Press Managing Editors’ Association. Making an identity as established writer & award-winning journalist, John also became popular as a political correspondent.

John’s career with CNN began in 1999 as a White House based Senior Correspondent, a position which he held till 2005. And in 2005, John was named CNN’s Chief National Correspondent & still held the same position. Recently, he is anchoring the Sunday news program called Inside Politics & has been a frequent appearance on two of nightly news programs, Anderson Cooper 360 & The Situation Room.

In 2010, John started hosting his own show called John King USA but following the falling rating it was canceled in 2011. Even though John has shown his strong penchant towards journalism due to some controversies his image has degraded. Speaking of which, during 2013 Boston Marathon Bombing, John reported, without credible sources that the suspect, who was dark-skinned male was identified by police & the other media channels like Fox followed his news, which later created controversies.

If you are unaware then John was the first CNN anchor who confirmed Osama Bin Laden’s death to the network’s viewers. One of the celebrated CNN’s newscaster, John King has a whopping net worth of $3 million.

The personal life of John King isn’t as perfect as his professional. The man has been married twice, both of which later resulted in divorce. With his first wife Jean Makie, he has welcomed his first two children, Noah & Hannah King. They had their ups and downs & headed towards divorce.

Next, John King was married to fellow CNN reporter Dana Bash. The couple wed in the year 2008 & remained husband and wife until 2012. During their nuptial, Dana gave birth to their first child, a son named Jonah in 2011. Although the exact reason behind the divorce hasn’t been revealed, we can assume that the busy schedule may have played the vital role. And there is a higher possibility of him getting married again if he finds right match & will have a happy family life.

Judging from John’s pictures, he seems to be a tall man. As his height isn’t published, but it can be guessed around 6 feet.

An award-winning American journalist, John King, a celebrated personality of age 53, is currently associated with CNN as their Chief National Correspondent.