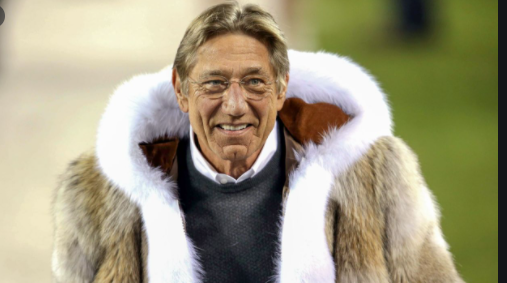 Joseph William “Joe” Namath nicknamed “Broadway Joe” or “Joe Willie”, is a former American football quarterback with a net worth of $18 million dollars. He has played college football for the University of Alabama under coach Paul “Bear” Bryant from 1962 to 1964, and professional football in the American Football League (AFL) and National Football League (NFL) during the 1960s and 1970s. Namath was an American Football League icon and played for that league’s New York Jets for most of his professional football career, and finished his career with the NFL’s Los Angeles Rams. He was elected to the Hall of Fame in 1985. During his thirteen years in the AFL and NFL he played for three division champions (the 1968 and 1969 AFL East Champion Jets and the 1977 NFC West Champion Rams), earned one league championship (1968 AFL Championship), and one Super Bowl victory (Super Bowl III). In 1999, he was ranked number 96 on The Sporting News’ list of the 100 Greatest Football Players. He was the only player on the list to have spent a majority of his career with the Jets. He is known for once boldly guaranteeing a Jets’ victory over Don Shula’s NFL Baltimore Colts in Super Bowl III (1969) and then making good on his prediction with a 16-7 win for the Jets.

Joe Namath was born May 31, 1943 in Beaver Falls, Pennsylvania where he was a standout quarterback in football, guard in basketball, and outfielder in baseball at Beaver Falls High School. Namath played college football for the University of Alabama Crimson Tide under legendary coach Paul “Bear” Bryant where he led the Tide to a national championship in 1964 and a 29–4 record over three seasons. Namath was selected with the 12th overall pick in the NFL draft by the St. Louis Cardinals and the first overall pick in the AFL draft by the New York Jets. Namath elected to sign with the Jets. Joe Namath, nicknamed “Broadway Joe”, is a football icon who played 143 career games with 68 wins, 71 losses and 4 ties, in his 132 career starts he was 64–64–4, and he was 4–7 coming off the bench in relief. In his career he threw 173 touchdowns, 220 interceptions, and completed 1,886 passes for 27,663 yards. He was elected to the NFL Hall of Fame in 1985.