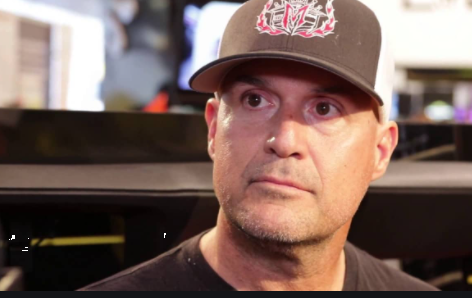 Joe Martin is a master metal fabricator, who is known for appearing on Velocity’s ‘Iron Resurrection.’

The show features his shop, Martin Bros Customs, which is based near Austin, Texas.

He has been appearing in the show alongside his wife, Amanda, his brother, Jason, and best friend, Jayson “Shag” Arrington, since April 2016.

The show has since aired two seasons and is currently filming the season 3. The last episode was aired on September 12, 2017.

Each episode features Amanda and Shag scouring the Texas countryside for mechanical gems, including busted bikes and rusted roadsters.

Then, Joe and his team use their metal magic to turn the unpolished gems finds into the shiny hot rod reality.

Final work is of Shag, i.e. to negotiate with a customer to get the highest price for their creation.

Joe, an award-winning custom car and motorcycle builder, is the owner and operator of Martin Bros Customs.

At Martin Bros Customs, he and his crew customize everything from cars, boats and motorcycles to occasional vintage appliances.

At the shop, he oversees every aspect of each build from concept to completion adding his creative talents in the custom fabrication design.

Joe got into the motorcycle business in the mid-1990s and started working on bikes in the Dallas area.

After some time, he started building his own bikes, and as Jesse James became popular with his TV show, he was asked to be a part of ‘Biker Build-Off.’

Born in Illinois, he has been living in Texas since he was ten years old.

He started drawing as a little kid, and after noticing him drawing on the walls, his mother provided him with a big sketch pad.

As he reached his mid-teens, his passion grew to mechanical things and started looking at Boyd Coddington’s stuff.

With his innate talents and years of practice, he has made a name for himself as a master fabricator.