Skip to content
Home » Entertainment » Joe Bastianich was Secretly Married to his Wife Deanna Damiano! What about his Children and Family?

Joe Bastianich was Secretly Married to his Wife Deanna Damiano! What about his Children and Family? 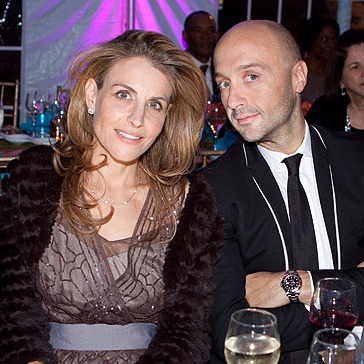 If there is an unknown attribute in the family, it must be the cooking skills of Joe’s mother. She is instrumental in Joe’s inspiration to love food and cooking. For the wedding, she whipped up a feast for four hundred and fifty guests.

Apart from that, Joe’s mother was so much excited that she made her own special recipes like roast suckling pig, whipped dried cod and so forth for Joe’s weddings. It appears the Bastianich family has agusto for Culinary.

Actually, the marriage of Joe and Deanna was not intended to be a secret. However, Joe was not famous enough in those days for his marriage to catch media’s attention. In fact, the ceremony was rather a lavish one, featured with ice sculptures.

In 1992, Joe met Deanna through a common friend. Both of them grew up in a huge Italian household and both took different influences from their Italian background. Deanna was into fashion as she produced private-label handbags while Joe was immersed into the world of Italian cuisine.

The two felt instant chemistry as they soon moved in together and after a few subsequent years of dating, the two tied the knot. The pairs wedding ceremony was held at St. Ignatius Loyola Church located at the Upper East Side on Feb 19, 1995.

Deanna admitted that before meeting Joe, she lived essentially on junk food. Joe and Deanna have a completely opposite preference, while it comes to the food, although, that couldn’t stop them from falling for each other.

Together they have three children named as Olivia, Miles, and Ethan. Joe’s children have made an appearance on Masterchef. The family of five now resides in Greenwich, Connecticut.

The children must have a very beautiful and cultured upbringing with Deanne infusing the knowledge of fashion and Joe influencing them into the passion of cooking.

Fashion, food, and lots of fun: that is what the household is like in Joe’s family. A lot of unknown attributes will also be revealed from Joe Bastianich’s children as they might grow up to be the next generation of excellent chefs. A blessed cooking master Joe Bastianich’s happy family life has one secret recipe, and that is Love.