Take a glance at Jimmy Fallon’s shirtless pictures: More on his family and net worth 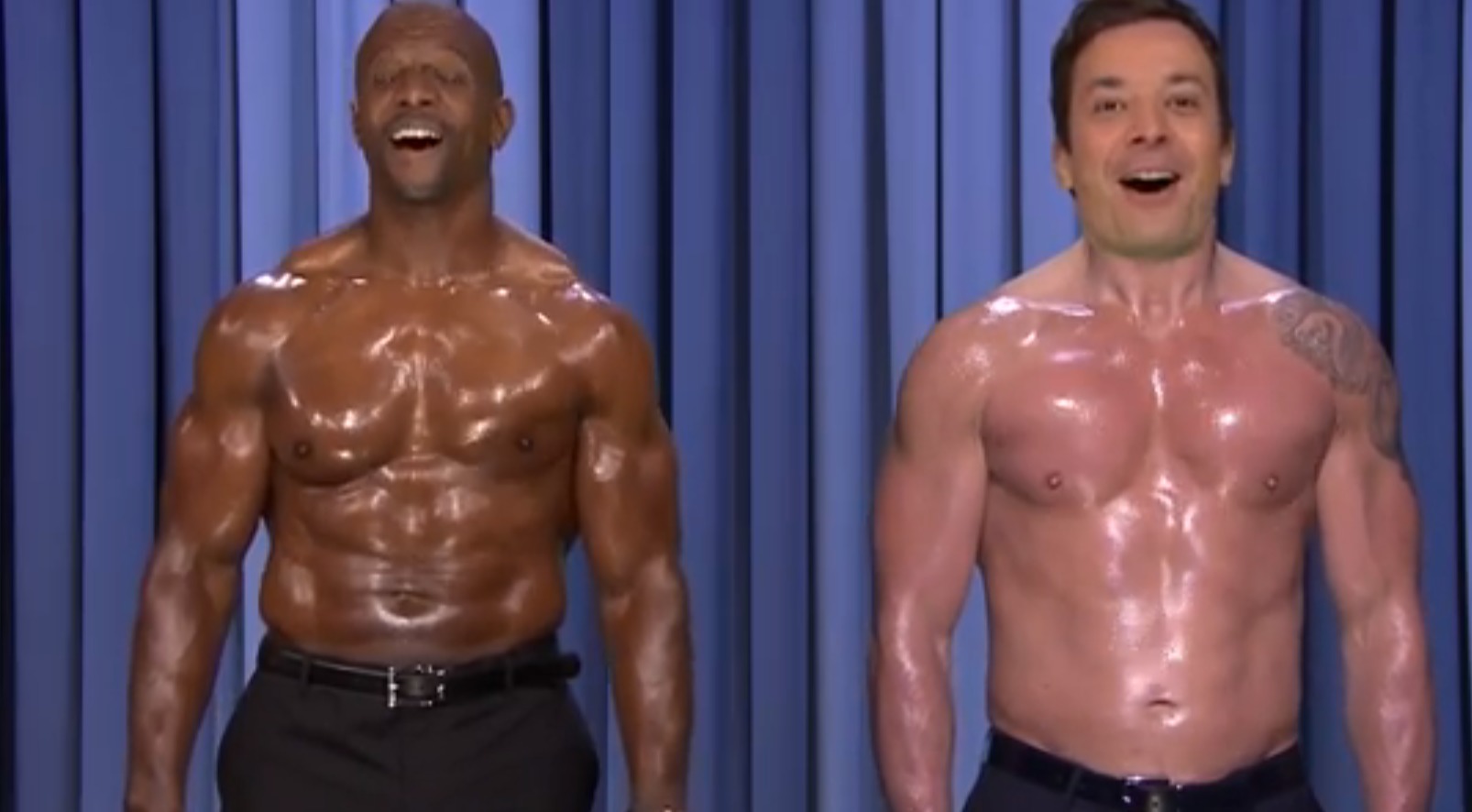 One of the most eligible former bachelors, Jimmy is now a responsible father and a supportive husband. Jimmy is no longer a bachelor, but there are many fans still crazy for the handsome television host.

Fans must have really enjoyed seeing Jimmy’s ripped body on his show when he performed a shirtless lip sync with Terry Crews. However, it wasn’t real, Jimmy used a body double. Sorry, fans!

The duo lip-synced to the song, Ebony, and Ivory, while also flexing their pecs. The audience must have struggled to blink their eyes at such an exciting sight.

The paycheck is definitely one of the highest in television.  Apart from being a top-rated host,  his role as a father receives massive media attention as well.

After getting married to producer Nancy Juvonen, the duo has been parenting two little daughters born via gestational surrogacy; Winnie Rose Fallon and Frances Cole.

Jimmy never misses a single chance to spend quality time with them. His net worth almost suffered  after his extended paternity leave after the birth of his children. But, of course, his daughters are the first priority of his life.