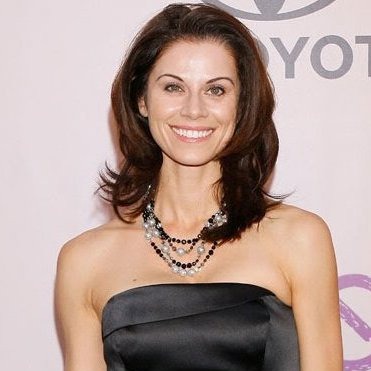 Jennifer Taylor is an American actress who is most famous for her role on the CBS sitcom series Two and a Half Men where she played the role of Chelsea Melini.

Jennifer was born on the 19th of April, 1972 as Jennifer Bini in Hoboken, New Jersey to Carlos and Sarah Bini as the eldest child among three children. She was raised in Coral Springs, Florida where she graduated high school in 1990. By the age of 7, she had started featuring in TV commercials. She joined a local theater as part of her school work.

Before starring in movies, she participated in the Miss Florida USA pageants 1995 and 1996 and was able to be the first-runner up both times. It became a good exposure for her, which opened doors to her acting career.

Jennifer Bini became Jennifer Taylor when she married Paul Taylor, her long-time boyfriend in 1997. They have two children together: a son Jake and a daughter Samantha.