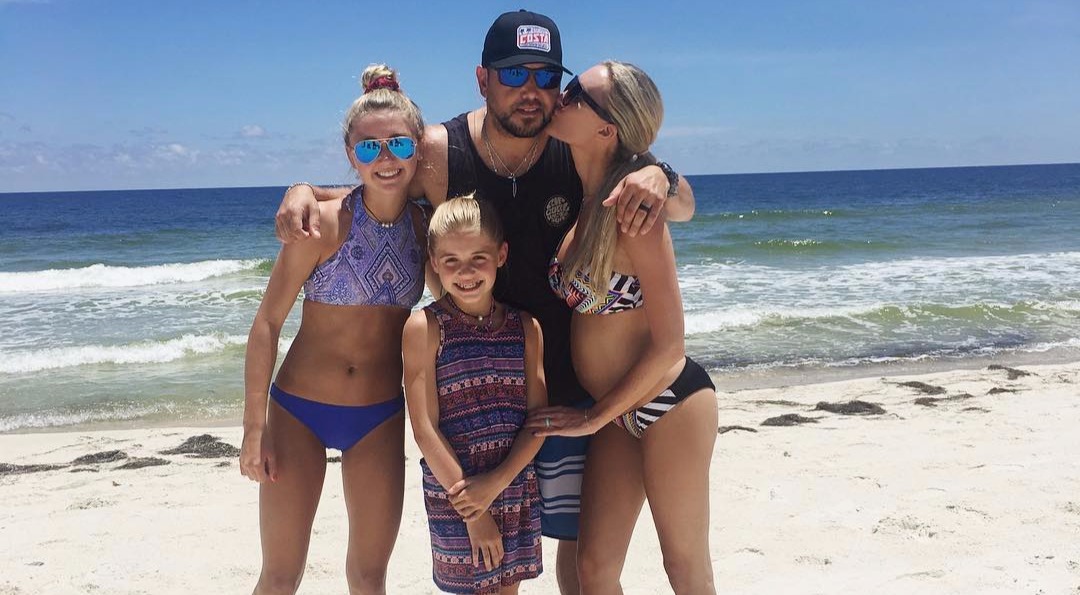 Country singer Jason Aldean and wife Brittany Kerr are expecting. The pair who married in 2015, is now set to welcome their baby boy. The couple had a party to reveal the sex of the baby where they blasted the balloon with blue colored confetti.

The family that consists of Aldean, Brittany and Aldean’s two daughters Kendyl and Keeley made it very clear they can’t wait to hold the baby. The lot showed their excitement as the blue confetti came bursting out of the balloon.

The couple announced the pregnancy earlier on May 9, 2017, via an Instagram post. Brittany Aldean captioned the picture, 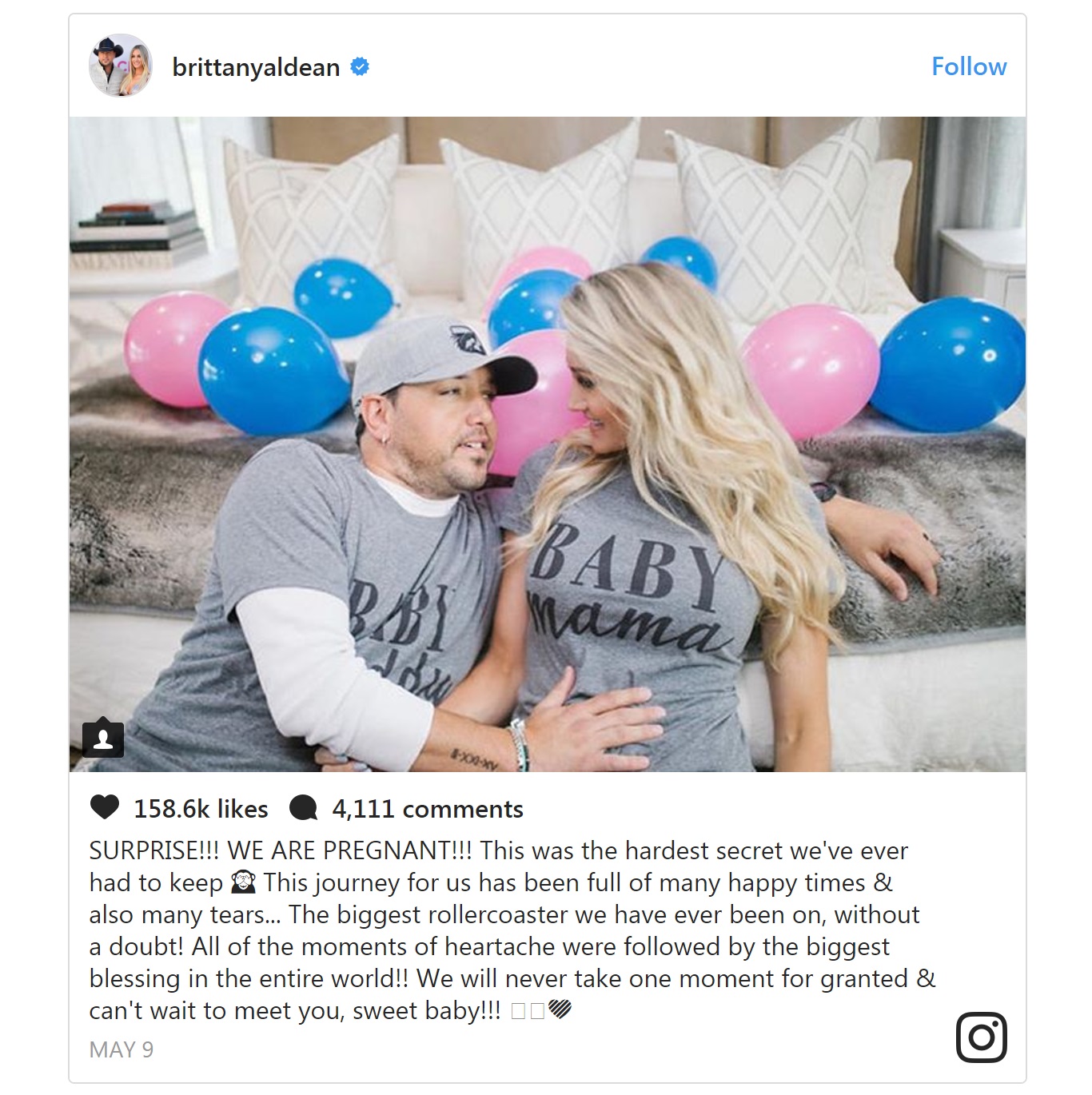 Since, the pregnancy announcement, Brittany can’t stop but post pictures of her pregnant belly. Recently the family was seen having a fun time at the beach and Brittany obviously was flaunting her baby bump. The family is definitely very excited to see the little one.

Even before the news of pregnancy surfaced, Jason told PEOPLE, that they were ready to have a little one in the family and told his daughters would really like the company of a younger sibling.

Jason Aldean’s two daughters are from his first marriage.

Keeley, 14, and Kendyl, 9, who are living with father Jason are his children from the first marriage. He was first married to Jessica Ussery on August 4, 2001. The couple enjoyed the twelve years of marriage and gave birth to two daughters. Keeley born in 2003 and Kendyl born in 2007 are the two kids they parented together. The couple was enjoying blissful marriage and often quoted each other as their best friends.

We’re best friends…I don’t even know if you can describe it … I mean, it just doesn’t work without her, you know what I mean?

However, the marriage came to end after Jason allegedly cheated on her with American Idol contestant and cheerleader, Brittany Kerr. What came as a surprise is that it was Jason who filed for divorce and not Jessica and cited irreconcilable differences as the reason behind it. The couple parted ways seven months after the reported scandal. 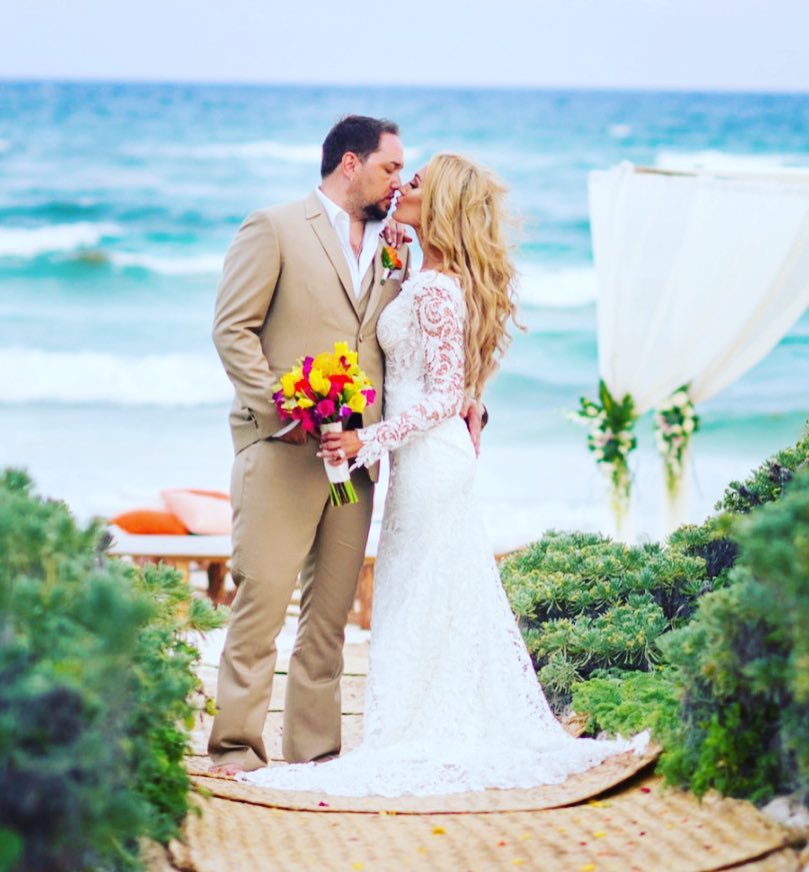 Following the divorce, the country singer, dated Brittany Kerr for a while before tying the knot on March 21, 2015. The couple was trying to have a baby of their own and announced it finally on May 2017.