Jane Musky’s marriage with husband Tony is strong even after Tony’s sex “Scandal”. Also, their Kids! 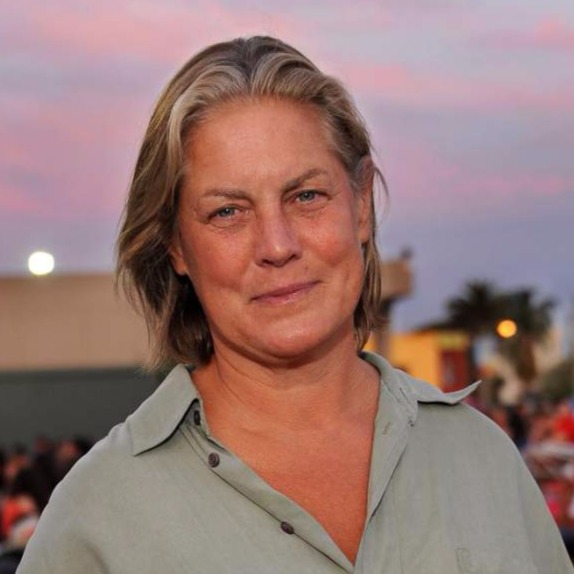 Jane Musky is a Daytime Emmy Award-winning production designer and art director. She has worked as a production designer in Blood Simple, Raising Arizona, Young Guns, Illegally Yours, When Harry Met Sally …, Ghost and many other movies. Her work as an art director can be seen in Ghost Dancing, Johnny Bull, Murrow, Welcome Home and several others.

Jane married Tony Goldwyn in 1989. Tony is a renowned Hollywood actor, director, and producer. The couple dated for a while before tying the knot in 1989. Jane has two daughters with him: Tess Frances Goldwyn and Anna Musky-Goldwyn. The family resides in Beverly Hills, California, Los Angeles.

Jane was born on May 27, 1954, in New Jersey to parents John Peter, a musician, and Olga Musky. She is a 1976 graduate of Boston University and has a B.F.A. degree. Jane worked as a production designer at Harker’s Studio, London. She also worked as an assistant designer and scenic artist, in association with English National Opera, Glyndebourne Opera, and Pinewood Studios.

Jane was surrounded by divorce rumors after “Scandal”

Jane’s husband Tony stars in a popular ABC show – Scandal. Scandal is a thriller political genre series and has a few intimate scenes to boost. In 2015, the US magazine claimed “[Jane’s husband] and Kerry Washington’s sizzling chemistry on ABC’s Scandal is too hot to handle”.

It was only a matter of time before the media speculated that Jane might not be too happy. No wonder that wives do not entertain their husbands be intimate with an actress. Especially with an actress. Regardless of the actor’s professionalism and acting skills, it is predictable that “she doesn’t fancy watching him playing a great chemistry with fellow actress Kerry Washington”.

Jane Musky opted to simply “not watch” the show

In an interview, Tony mentioned that playing sex scenes “[is] a problem. The honest answer is, my wife doesn’t watch it.” He further added “She watched the pilot and thought it was great, but yeah … I don’t encourage it.”

Interesting to note, however, Jane’s daughters are very much into the show. If not into the intimate scenes, they watch the show to pick up on their father’s performance and to “send him rude texts”.

“My two girls think it’s hilarious. Disgusting and hilarious” Tony declared. If the couple can laugh at their being cynical about the show, at the end of the day, they can certainly sustain their relationship.

Judging from the looks of it, divorce is out of the picture for many more years to come. The pair have romantic rituals: on Sundays, Tony makes “a great breakfast”, which is “followed up with a big home-cooked dinner”.

Jane and Tony seem to travel extra miles to create small, romantic surprises. Tony recalled in an interview ‘My wife is impossible to surprise, but for her 50th birthday, I had about 70 friends from all over the world waiting when she walked into the restaurant — she was shocked”.