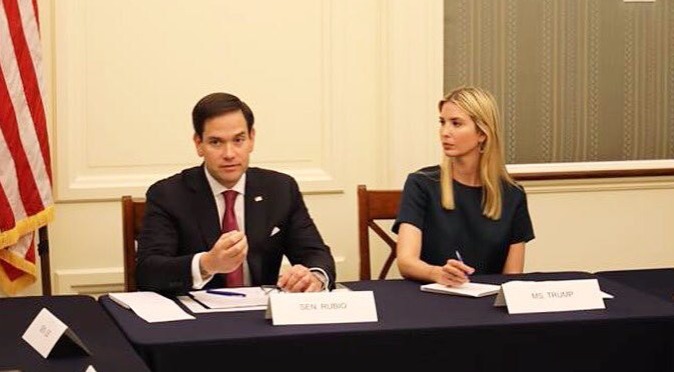 A photo of an awkward hug between Ivanka Trump and Republican Sen. Marco Rubio is creating a buzz on Twitter.

The First Daughter crossed paths with the Senator and shared a hug, which looks pretty awkward to say the least. 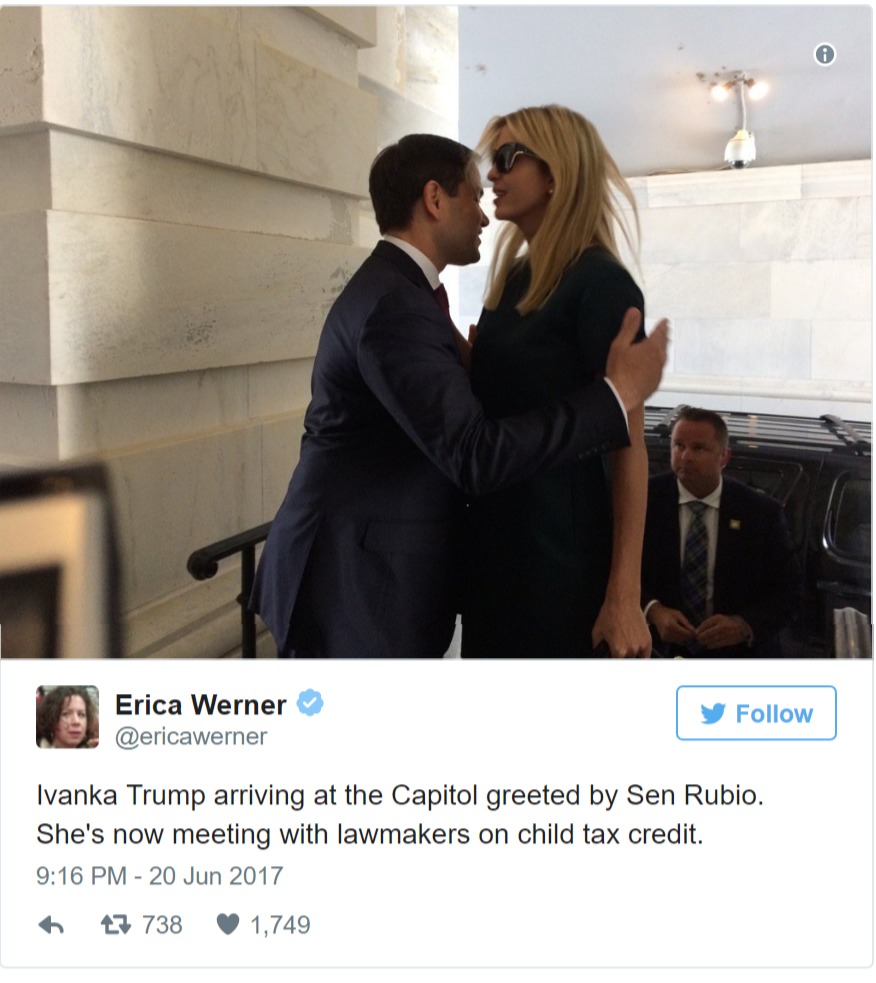 Associated Press reporter Erica Werner posted a photo of the First Daughter and the Republican senator hugging on Twitter a few hours ago. In the photo, Ivanka is standing awkwardly while Marco Rubio is going in for a hug.

The awkward hug has garnered tons of funny responses from people on Twitter. 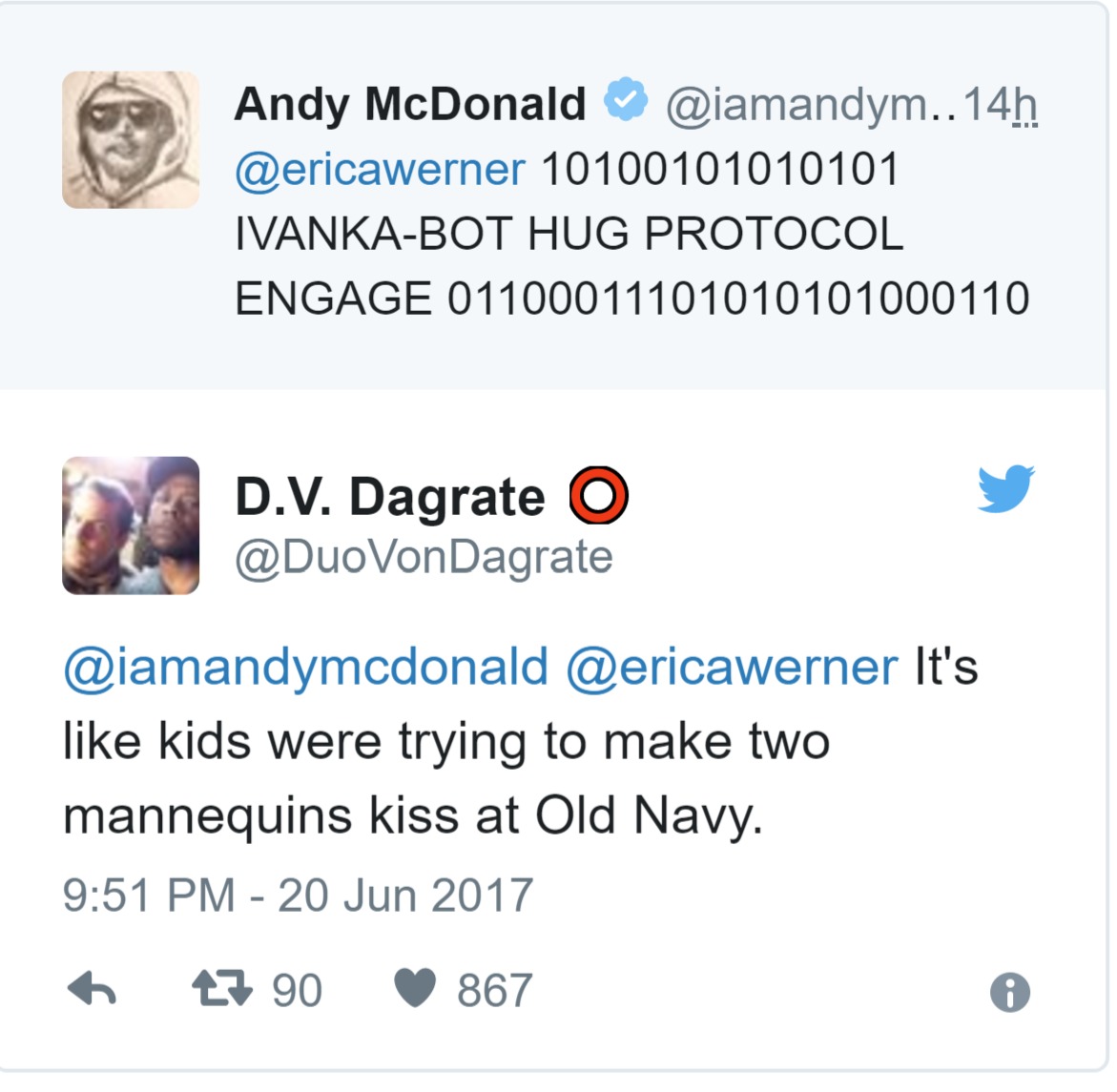 Ivanka Trump & Marco Rubio join in on the fun!

Shortly after the news blew up, Ivanka took to Twitter to say, “Anonymous sources say @marcorubio planned the alleged failed hug. I have no comment (but I would have hugged him anyway!?)”

Rubio was quick to respond with a series of funny tweets of his own. He wrote, “Just left Intel comm & informed meeting 2day with @IvankaTrump blowing up twitter over alleged failed hug! Investigating. Will respond soon,” before posting a few pics of the said hug. 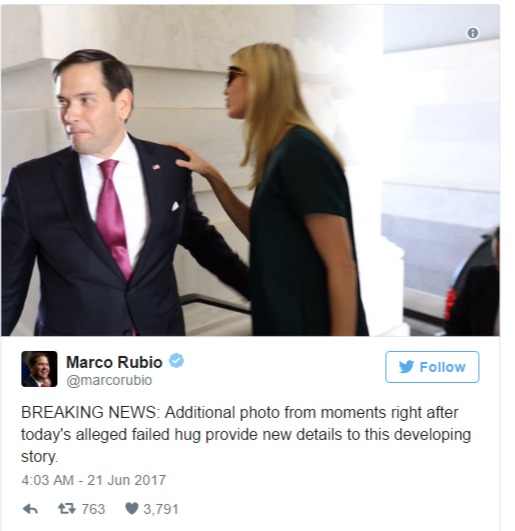