Indra Nooyi’s family has a huge hand in her success 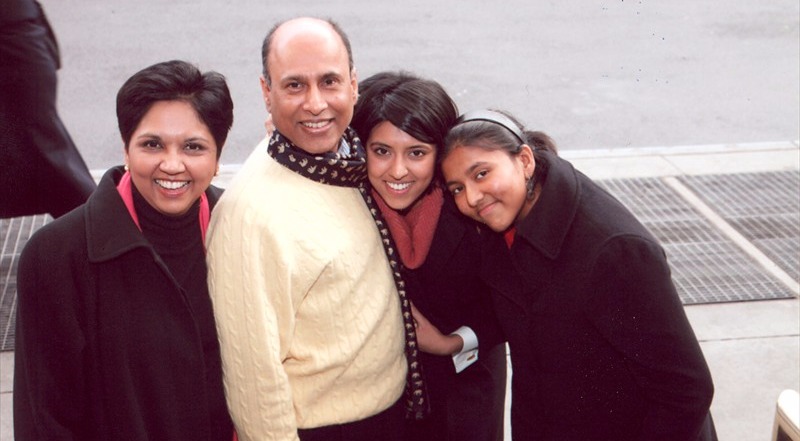 Indra Nooyi announced on Monday that she would step down from Pepsi. After 24 years with the company and serving a 12-year-run as its chief executive, she will depart this fall on October 3rd. To succeed her, the board of directors has unanimously elected Ramon Laguarta.

Indra Nooyi was born Indra Krishnamurthy on 28 October 1955. She was born as the second child of the family. Her father worked at the State Bank of Hyderabad. Her sister Chandrika Krishnamurthy Tandon is a singer.

Indra’s parents have played a major role in shaping her career. Her parents are ideal parents who permitted a girl to study abroad while living in a conservative society. Nooyi recalls when her parents surprisingly agreed to let her move to New Haven, Connecticut, in 1978. Speaking to the Financial Times, she said,

It was unheard of for a good, conservative, south Indian Brahmin girl to do this. It would make her an absolutely unmarriageable commodity after that.

Contrary to this, Indra got married in 1980 to Raj K. Nooyi. He is the president of an IT company called Amsoft System. She adopted her husband’s surname after marriage.

Like her parents, Indra’s husband has also been supportive of her. He has always respected her career decisions and helped her reach her goals.

Indra is already in her 60s and is still deeply attached to her parents, especially her mother, who has been a major influence in her life. Talking about her mother, Indra said in an interview,

Every night at the dinner table, my mother would ask us (her elder sister) to write a speech about what we would do if we were president, chief minister or prime minister – every day would be a different world leader she’d ask us to play.

During an annual conference of the Indian Institute of Management, Calcutta, she also revealed that she still calls her mother 2-3 times a day. She further gave an uplifting and motivating speech that urged the students to visit their parents regularly.

John Schnatter resigned as Chairman of Papa John’s. More on his married life and children!