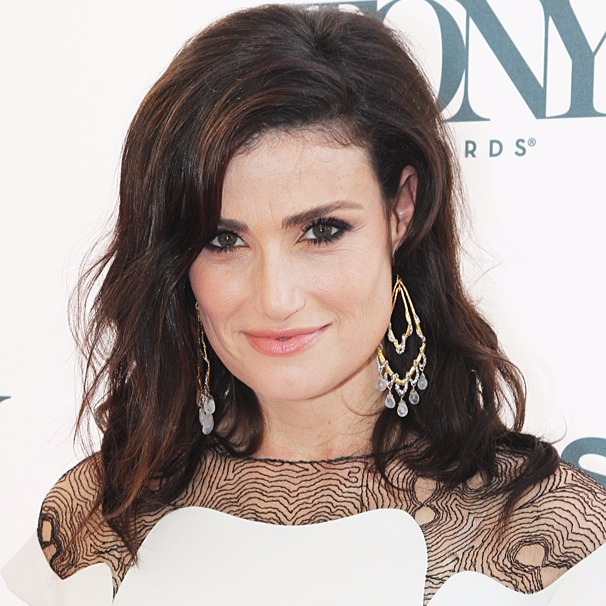 Idina Menzel has finally engaged to her new boyfriend Aaron Lohr despite several ups and downs she went through after the upsetting divorce from her ex-husband. More interestingly, Idina doesn’t fail to flash her engagement ring – not at all an ordinary one. What’s the background of her to-be-husband who dared to pay a whopping sum of $30,000 for an engagement ring?

The 45 years’ old actress Idina was married to Taye Diggs in 2003. They met around in the shooting of a film. The couple lived together for more than a decade before divorcing. Yes! The 11 years’ long relationship ended with a signature on legal papers. That was really upsetting to both Idina and Taye. However, Idina found a way to move on. What was that? Of course, get along with someone else.

The 40 years’ old actor Aaron and Idina stayed in a relationship for around one and a half years before deciding to get married. This year, in September, the Aaron-Idina couple had an exclusive engagement which attracted a lot of media attention and gave birth to a large number of gossips which are still going around.

After the engagement, Idina tweeted, “What an incredible week. Thank you to everyone for all your support with the album. As if this week couldn’t get any better I have wonderful news… my man and I are engaged! We are so happy. It’s a beautiful time.” Well, that was a surprise. No one saw that coming!

OMG CONGRATS @idinamenzel , you got a good one! #aaronlohr

Idina’s engagement is perhaps the most expensive jewelry she has ever worn. It costs a staggering $30,000. A diamond jewelry expert says – “Idina’s new engagement ring is on-trend with its vintage-inspired design featuring a 2-carat round diamond with tapered baguettes set in platinum.” That was a big catch for Menzel.

Idina Menzel’s hot new fiancé Aaron Lohr is a professional actor too. Perhaps, the same line of profession makes them a matching couple. Besides acting, Aaron is also a singer.

Look at that face!! She is so happy and… I love her happiness!! #idina #Idinamenzel #queenofswords #ellendegeneres #aaronlohr

In 2005, Idina and Aaron worked together in the Pulitzer Prize-winning show film Rent. Perhaps, that’s the point where the couple knew the existence of each other. According to the Celebrity Net Worth, Aaron is worth more than $5 million. Ooh! That’s why he affords to buy such an expensive ring. Anyway, congratulations to both Idina Menzel and Aaron Lohr for the engagement!