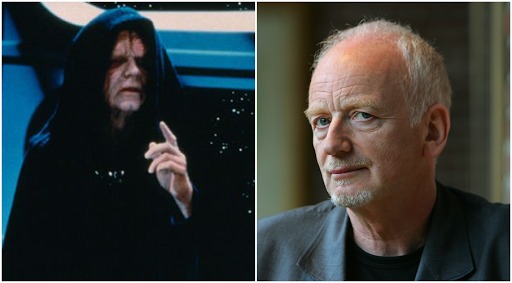 Tony award winning actor Ian McDiarmid potrayed Palpatine for the first time in Return of the Jedi. He reprised the role sixteen years later in The Phanton Menace, Attack of the Clones, and Revenge of the Sith.
Most recently, he starred in The Lost City of Z.

McDiarmid has portrayed Emperor Palpatine in every live-action Star Wars movie in which his character has appeared. He has also voiced the character for the video game adaptations of Return of the Jedi and The Empire Strikes Back.

McDiarmid won his Tony Award for Best Performance by a Featured Actor in a Play in 2006 for his performance in Faith Healer on Broadway.