Satellite images of Barbuda and Antigua 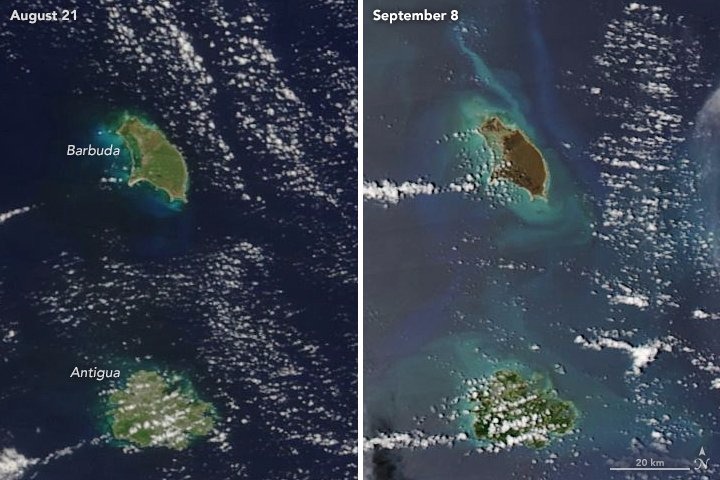 The destruction from Irma is also clearly visible on the island of Barbuda.

Irma made landfall on this small island in the eastern Caribbean as category-5 storm early on September 6. These images were acquired on NASA’s Terra and Aqua satellites.

The left photo shows Barbuda on August 21, 2017. The right photo shows the landscape on September 8.
In contrast to Barbuda, vegetation on Antigua appears relatively intact. The island sustained less damage.