Skip to content
Home » News » Holly Sonders and Erik Kuselias are no longer together. Filed for divorce over a year ago

Holly Sonders and Erik Kuselias are no longer together. Filed for divorce over a year ago 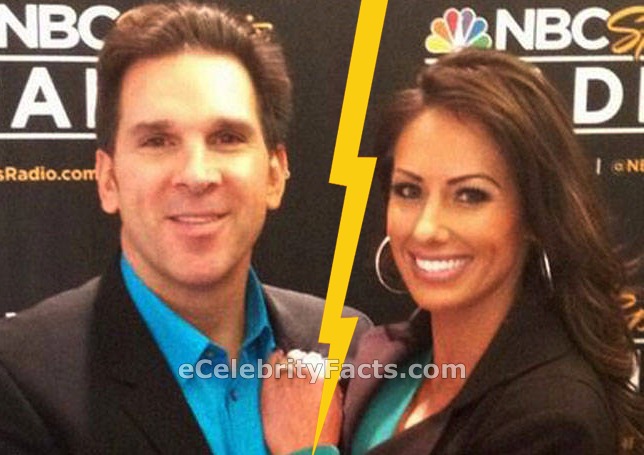 The rumor of Holly Sonders and Erik Kuselias getting a divorce has finally been proved right as Holly admits it herself on Twitter.

Holly Sonders is the one to file for divorce

Holly Sonders got engaged to Radio host, Erik Kuselias in 2012. Together, they worked on Morning Drive. They tied the knot on a secret ceremony after dating for some time. The rumors of their divorce swirled around media for quite some time until Holly finally spoke about her divorce via Twitter. 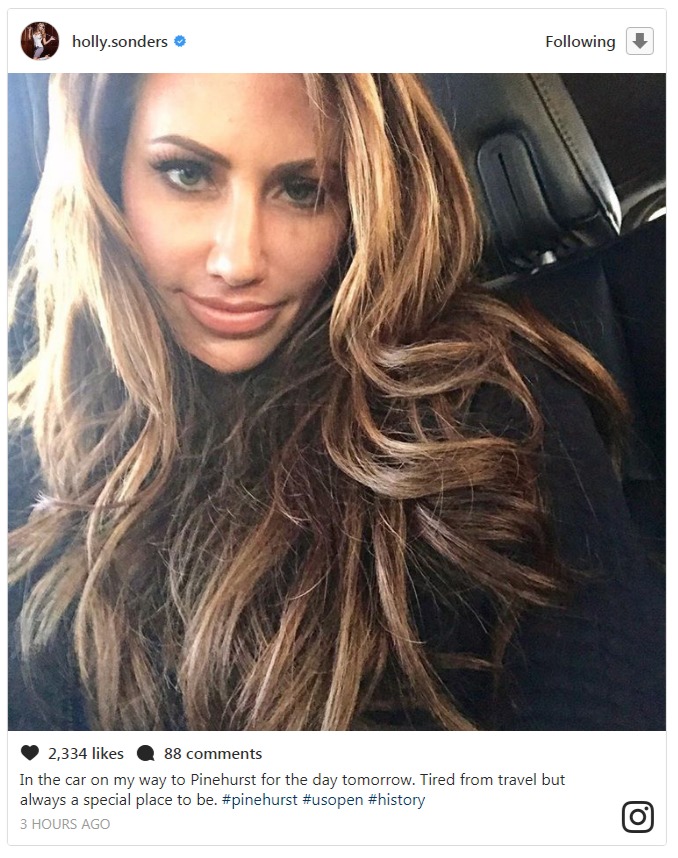 On August 22, 2017, Sonders posted a selfie on her Instagram, which she also shared on Twitter. The beautiful snap of the golfer was re-tweeted by one of her followers on the social media, mentioning Sonders’ husband, Erik Kuselias, in the caption.

It was when Sonders opened up about the state of their relationship, saying, “I filed for divorce over a year ago…we have not been together in a very long time. Thanks.” 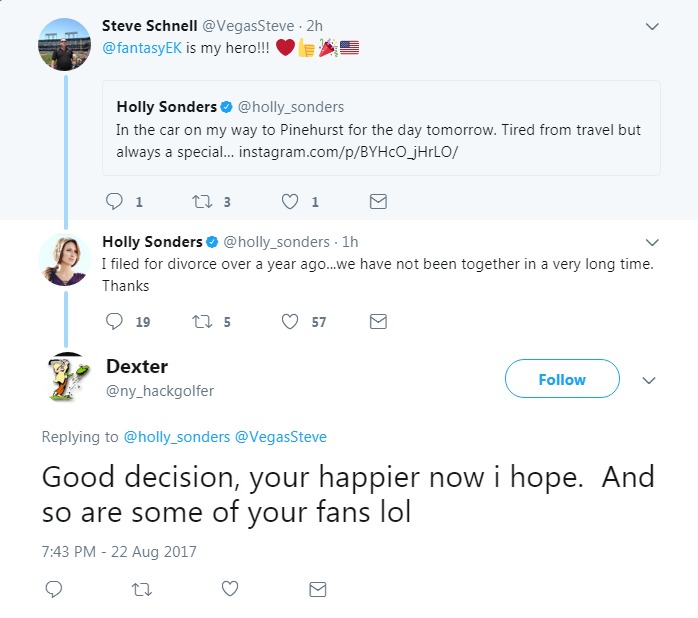 The shocked fans did apologize for the tweet, following which she has also deleted the post. A thread of comments from other people has followed Sonders’ tweet, some of which say that they are happy for her.

According to sources, Erik is paying some hefty cash to Holly as a divorce settlement. Reportedly, he pays around $150k a year to his ex-wife. This is not the first time that Erik’s marriage has ended. Rumor has it that he cheated on his first wife and his former wife got a private investigator to inquire on his infidelity. Well, people, that’s not the end, he was even suspended by ESPN channel for his sexual harassment case in 2009, while he was still with his first wife.

Holly, however, has not talked about the reason behind their divorce.But there are speculations if Erik was not loyal to her like when he was married to his first wife.

Details about Erik Kuselias’ divorce with his first wife

More recently, Holly has been on the headlines when she had a bit of an on-air flub. But thanks to her professional attitude, she handled it very well. During the live broadcast of qualifying round for the US Open, Holly ended up saying, “s*xual qualifying” in place of “sectional qualifying.” As seen in the video, she was found making a mistake but was able to keep a straight face.

After the incident, she took it to Twitter to laugh at herself. She explained to her followers that it’s been a “long week.” but another fan was not taking the excuse and replied,”only Monday,” she responded, “We were in Alabama for a week before this at us women’s and then flew straight to Charlotte to do this SECTIONAL qualifying show!”

Everything you need to know about Jackie Ibanez