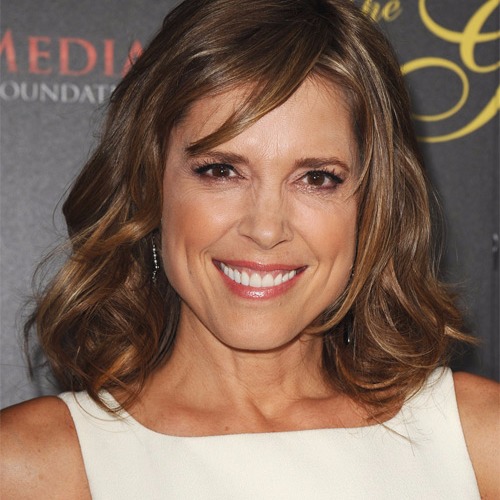 Hannah Storm, a sportscaster at ESPN, is lucky enough to get Dan Hicks as her husband who is also a TV broadcaster working for the NBC television network. More than two decades long wedding tale of the two sportscasters clearly reflect they’re enamored with each other. The beautiful couple is blessed with three children, all daughters – Riley, Ellery, and Hannah.

22 years of strong nuptial bond of Hannah Storm and Dan Hicks; falling in love over and again with each other

Hannah tied the knot with Dan on January 8, 1994 at St. Vincent Ferrer Roman Catholic Church. Before attaching the strings of conjugal bond, the couple met where both worked at CNN. The couple fell for each other when working together as an anchor at CNN.

Despite having a heavily scheduled professional life, her conjugal life is running smoothly. Their marriage has been over two decades but the affection and support between are as beautiful as they were in the past. No issues related to their professional life have ever influenced their private life and there has never been any kind of divorce rumors regarding this couple.

Storm is a role model for every woman as she has managed to fulfill all the duties of a wife, a mother, and a working woman. Despite the career achievements, Hannah considers her children as the greatest accomplishment in her life and is always looking forward to a secured and planned future of the children.

With Dan the Man at our niece's wedding. Happy Holidays! @DanHicksNBC

With the support and care of a loving partner Dan Hicks and three daughters, Hannah seems happy in her married life. At the same time, she is also enjoying a successful journalism career, being renowned as one of the most prominent faces of sports journalism industry.Hannah Storm's balanced career and personal life have made her a role model.

Exceptionally energetic Hannah Storm, not just a perfect wife and mother, but also a prominent faces of journalism

The prominent American journalist, Hannah initiated her career on CNNSport Tonight, where she was the first woman to work as a host for CNN. After some years, she worked for NBC Sports channel and hosted the renownedOlympic Gamesas well asNational Football LeagueandMajor League Baseball. Her confidence and diligence made her the first female solo host of sports program.

Great to be back for Breakfast at #Wimbledon with my tennis peeps Johnny Mac and Pam!

Exceptionally energetic, Storm is not just a reporter but an author too and has expressed her writing skills through her book Go Girl and Notre Dame Inspirations. The book Go Girl is about parenting guides for raising daughters to participate in sports. Her words in the book clearly depict how dedicated she is as a mother.

Regarded as one of the hottest and gorgeous figures in the journalism industry, Hannah Storm is honored by the Celebrated Mom Award, an award given to those enthusiastic mothers who inspires others, in spite of career and family challenges. A mother of three children, Hannah Storm is going great in her professional life as well as in her married life with love and support from husband Dan Hicks.