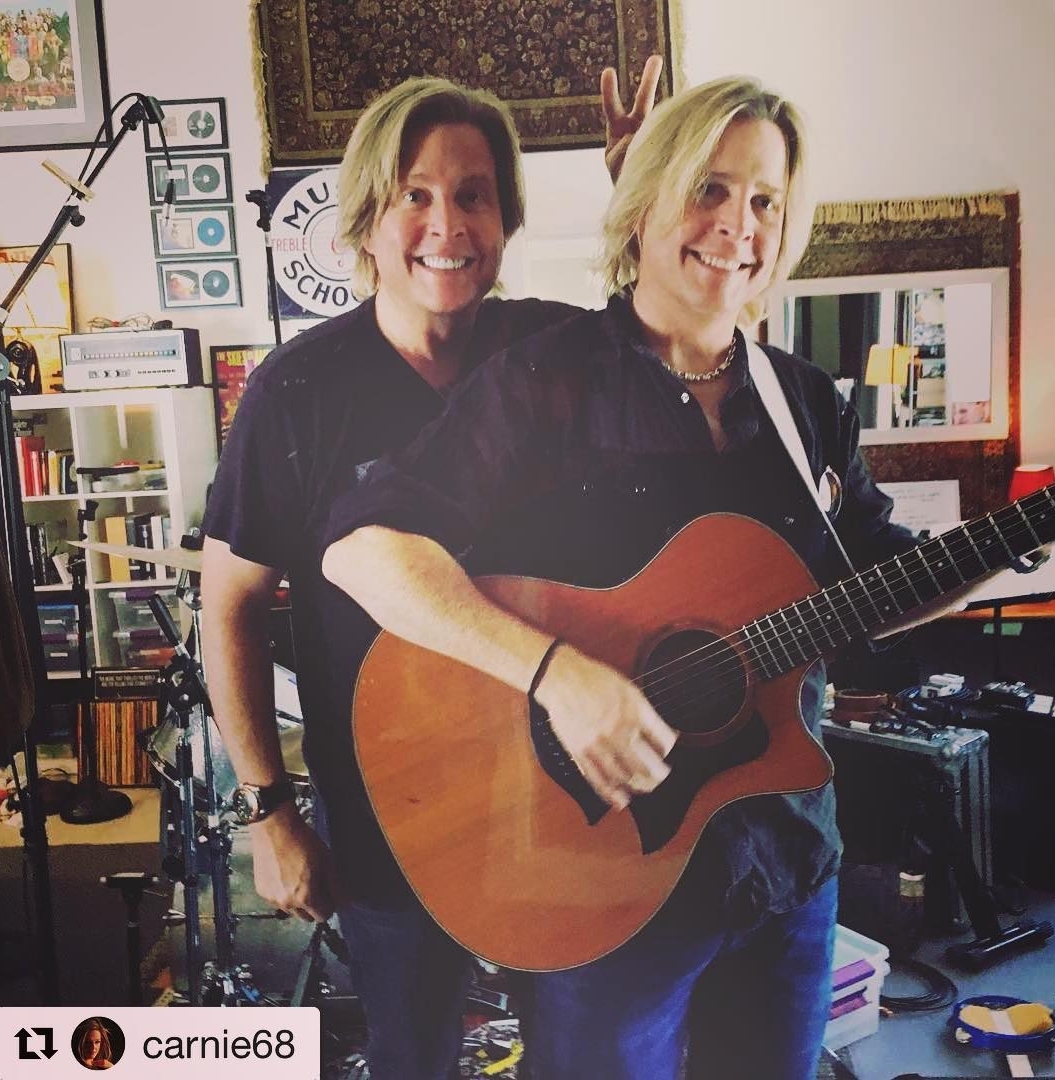 Gunnar was born as Gunnar Eric Nelson on September 20, 1967, in Santa Monica, Calfornia, U.S. Gunnar is the son of Ricky and actress Kristin Harmon, who back then were famous as Teen Idol. He is an identical twin of Matthew Nelson, and brother of Tracy Nelson and musician Sam Nelson.

The presence of artists and performers in his house influenced Gunnar to pursue his career in the artistic field. Further details regarding his childhood and his education background remain confidential.

Gunnar Nelson, the gifted musician is enjoying the sweetness of marital life with his companion Lila Nelson. The couples look adorable together. They have been together for 2 years after tying the knot on October 7th, 2014.

Together the duo is parents to their three beautiful daughters, details about whom have been confidential. In their two years of marriage, the duo has managed to live a blissful marital life without facing the risk of divorce or extra marital affairs.

The talented musician started his musical journey with the help of his brothers. They spent 2 years developing ideas to write songs and in the process they met their idol, Los Angeles record producer Marc Tanner.

Tanner notices some potential in the young kids and started sharing his knowledge with them. The knowledge of Tanner mixed with the creativeness of the twins produced what would go on to become the triple-platinum album “After the Rain” in 1990, after being signed to Geffen Records in 1989. Some of their brilliant songs include, After the Rain, More than ever and Only time will tell”.

Recently Gunnar and Matthew Nelson released a new rendition of Jingle Bell Rock, on Razor and Tie Record’s Monster Ballads Xmas album for Christmas 2007. In May 2007, they released a new rendition of their father’s #1 hit, “Travelin’ Man”, on a limited edition compilation album A Song For My Father. In addition, Gunnar has assembled the celebrity rock band, Scrap Metal.

Gunnar Nelson, besides his musical career, has made a name for himself through several appearances on television and in radios. The multi-talented singer made his television debut in the year 2005 when he was introduced as the cast member of Celebrity Fit Club (US TV Series) 3. The singer’s inclusion came only after a former member left due to drugs issues.

Besides, the singer has also appeared on various E! and VH1 programs. Adding to that Gunnar, back then also served as a co-host of syndicated radio morning show Lifetime Radio for a year.

Despite the singer’s various single proclaiming respective position in Billboard’s Top 40 and the singer being spotted in various TV programs, the singer’s popularity remains less in comparison with other performers. That though doesn’t stop the music hungry musician to continue his work. Music is his passion and he gives his best when he puts his hands in creating something new.

Nelson stands with an impressive body and has a well built muscular frame. Till the date, his net worth and salary have not been disclosed. Though no actual figures have been mentioned regarding his net worth, it can be assumed that he possesses some million dollars. He is continuously in touch with his fans and followers via Facebook and Twitter.

In the work field, he has been famous for his perfection in various genres as like rock, adult contemporary, pop, country and glam metal.