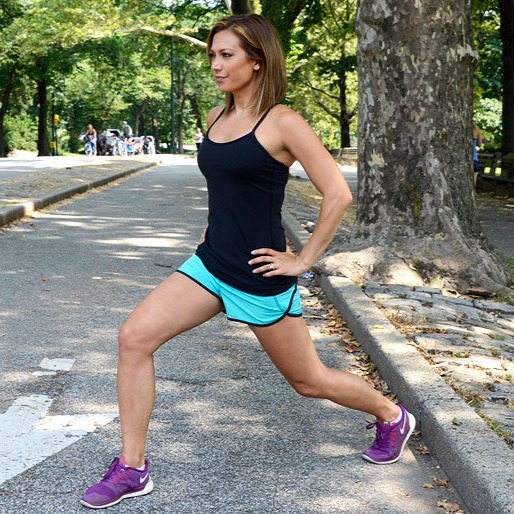 According to Chicago Magazine, Ginger Zee was diagnosed with narcolepsy at 21. Talking about her battle with the sleep disorder, she stated, “It’s funny because I think about how I used to live. and I realize it was fuzzier, slower. Your whole world is different. I just thought I was laid-back.”

She shared her personal experiences with the disorder and about Wake Up Narcolepsy (non-profit organization) on Good Morning America where she talked “We believe this will help to start to change the conversation about narcolepsy on a national level, and bring it into the light for what it is, a serious complex neurological disorder that is in desperate need of greater understanding and funding.”

Ginger Zee, who is now a responsible mother considers her motherhood to be a life changing experience regardless of the drama of social media. Every woman, who knows that she is going to be a mother and would have a responsibility of another human being, would have disturbances in their mind. They would think that they are going to be changed who they are. Same was the case of Ginger, a mixture of excitement and nervousness.

But consequences happened to be different than she had ever thought. Ginger, who battled anorexia during her young age, said that she has found her body in completely new light after going through pregnancy. Becoming a mom was really a transformative experience for her.

She revealed for the first time publicly about her struggles with anorexia in an episode of Dancing with the Stars. She was diagnosed with it after her parents’ divorce when she was 10. She said, it was a horrendous spiral that could have taken her life and her mom was also scared to lose her daughter.

Finally, with therapy and family support, she became able to make a dent in the critical disorder. Her mom took her to in-patient treatment and her step-father played a major role in teaching her about nutrition and love for own-self that proved to be a strong motivation to her.

Sources claim that she had worst years till 14 that brought her to the condition of just bone and skin. She couldn’t eat normally until college years. But the arrival of her cute bundle of joy brought success in her 25-year-long process of therapy.

For now, she has toned body and probably credits go to her regular workouts. Talking to the Women’s health Mag, she said, “When I brush my teeth, I squat.” Seemingly, the statement might sound funny but a little make a huge difference when it comes to exercise.  Probably, ending the long battle with anorexia, she is moving on with news excitements and hopes in her life.

Now, regular exercises mainly performing squat has helped her stay sane. Standing tall with 5 feet 7 inches, she has a slim and sexy built with weight about 56 kg. Having body measurements of 34-25-34 inches, she serves a perfect example of banana shape explanation. Thanks to her healthy lifestyle. Her hairstyle, wardrobe choices and her cheerful face all is what people like most.