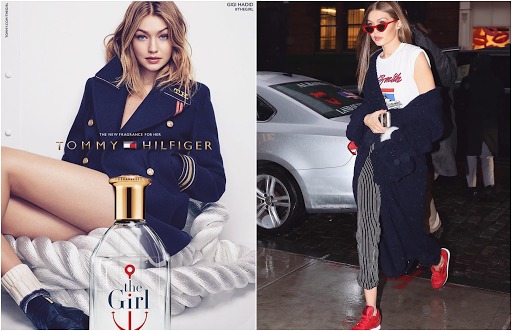 Gigi Hadid is at the top of her game. Since an early age, the 21-year-old supermodel has worked with several big name brands and has fronted campaigns for fashion houses such as Guess, Maybelline, Karl Lagerfeld, Max Mara, and Stuart Weitzman.

The list is far from over, and it’s only going to get longer. Hadid became the global brand ambassador for Tommy Hilfiger Womenswear in January 2016. The collection includes apparel, watches, accessories and footwear.

It was announced in July 2017 that Hadid will be co-designing a collection with Hilfiger for Fall 2017 and Spring 2018. Hadid is also a brand ambassador for Reebok and fronted their #PerfectNever campaign. Along with Kendall Jenner, Hadid is also fronting the Fall 2017 campaign for Fendi by Karl Lagerfeld.