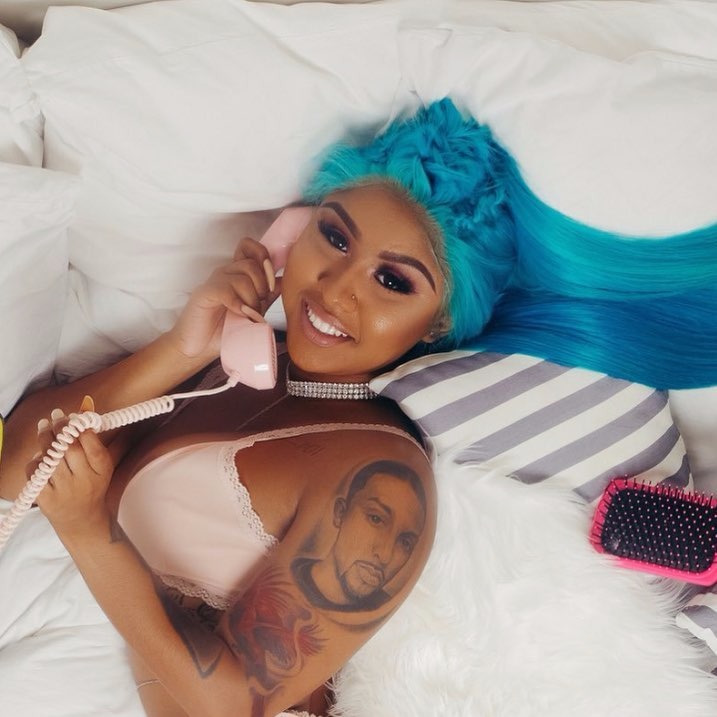 Rapper G Herbo’s 22-year-old girlfriend, Ariana Fletcher is an Instagram star.
She is a co-founder of a hair extension company, KYChe Extensions.
Fletcher was born on July 12, 1995, in Chicago.
She had a brother Kyle, who passed away recently.
In honor of her late brother, she has a tattoo of his face on her right arm.
She began dating rapper G. Herbo sometime in 2014.
They went public with their relationship only in February 2017 after fans began assuming that G Herbo was the man in an explicit photo that went viral on social media.
On February 9, a Snapchat photo circulated on Facebook and Twitter, which allegedly shows Herbo and another man having sex.
Herbo was quick to clear the confusion on his Facebook page, revealing that he was dating Ariana.
The couple are currently expecting their first child together.
Ariana revealed the news on Snapchat on November 19, 2017.