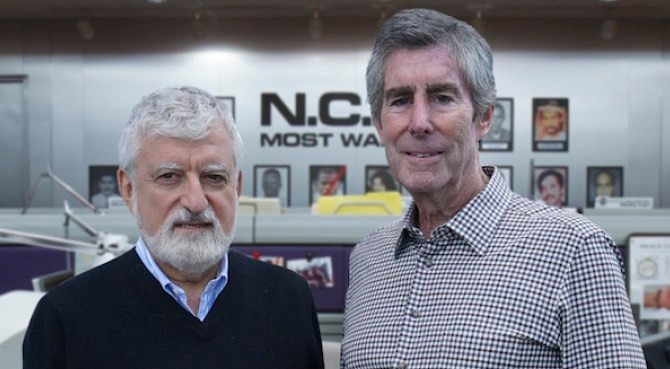 Speaking about the sudden death of the former show-runner Gary, the duo said, “The NCIS family suffered a tragic loss with the sudden passing of our showrunner, Gray Glasberg. It’s with heavy hearts we assume his duties. We are fortunate to be surrounded by an incredibly talented and dedicated cast and crew which will make the transition that much easier.”

Schenck and Cardea, besides being the executive producers, are also the writers on the series. The duos have been the writers of the series since its first season in 2003. Since then, the duo has written a total of 50 episodes.

The demise of the shows former show-runner and a close friend to the new show-runners have left a huge dent in all associated with NCIS’s hearts. Gary was more than just a show runner at the NCIS; he was a leader and a motivator. His innovative skill would at times bring life in his characters and his energy at work would cheer up people around him.

A statement released by the NCIS casts read, “NCIS will not be the same without him, and each of us will miss his smiling face and unwavering humor, which lifted us every day.”

The sudden demise of Gary has surely struck deep in the hearts of the cast and crew of NCIS. His demise opens the door for the executive producers George Schenck and Frank Cardea to led the show in a way that the former show runner would have wanted.

George Schenck and Frank Cardeaare well known to each other as they have worked together for the best part of 40 years together since 1977. The current season marks their 14th season. Their current season tops the charts as it is currently the most watched broadcast drama on television averaging 17.6 million viewers.

Prior to joining the crime series, the duo had hand in creating 5 network series which included Crazy like a Fox and Bring Em back Alive. The pair’s magic still works as they have made their crime drama one of the most watched series in the United States.

Frank Cardea have dedicated his life to television industry due to which the talented writer is only known by his profession in comparison to his person life. Although Cardea’s professional life achievements have made him renowned to the people around the globe, details about his personal life and family life are still out of access.