Family drama! Married in 2009, everything is not going well in Lamar Odom and Khloe Kardashian paradise: He Shares two son with ex-wife (One deceased) 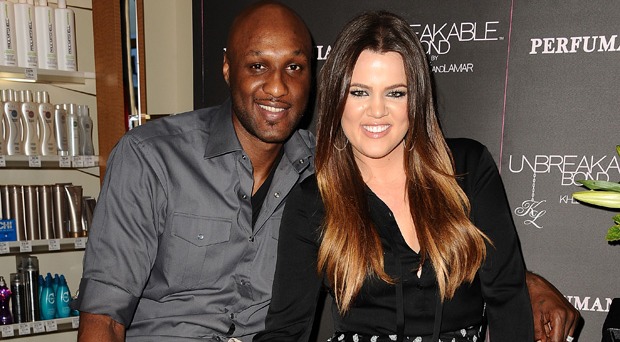 Lamar Odom’s married life with Khloe Kadarshain has become a headline. Since, their marriage in 2009, the couple has been through many hard times, hardly attaching their conjugal strings. Lamar is blessed with two children – Destiny and Lamar Jr. from his former girlfriend Liza Morales.

Before Khloe came into his life, Odom dated Liza Morales. During his love relationship with Morales, he became a father to three children, two sons, and a daughter. Unfortunately, their third child, their junior son Jayden died after six months because of sudden infant death syndrome (SIDS).

The pair was never married and Liza broke up with Lamar after several years of relationship due to rumors of extramarital affairs.

After separating from his ex-girlfriend Morales, Odom tied the knot with Khloe Kardashian on September 27, 2009. The couple shared their marital vows in a star-studded ceremony.

Their lavish wedding was shown on Keeping Up With The Kardashians. In the year of 2011, the couple created their own show, Khloe and Lamar.

Khloe Kardashian is a well-known media personality who is popular for appearing on their family show Keeping Up With The Kardashians and hosting the second season of the epic reality television show The X Factor.

Four years after beginning the matrimonial life, Khloe filed for a divorce with Odom in October 2013. Reportedly, the divorce issues emerged due to Odom's over addiction of drug.

In October 2015, Lamar was found unconscious and in a coma due to the drug overdose at a Nevada brothel. However, the power of love couldn’t stop Khloe to run back to her husband in such situation. Then after, Khloe moved back to Lamar to fill the gap between them by calling off the divorce.

Khloe gave the most of her time to taking good care of Odom and helped him to recover from the trauma.

Lamar quickly improved his health condition and began living a healthy life with Khloe until he resumed his Cognac drinking habit, not long after the recovery. After confronting the harsh times because of Odom's behavior, Khloe filed for divorce for the second time on May 26, 2016.

Addiction to drugs and drinking habit of Odom has completely ruined his love life. The constantly fluctuating state of relationship with famous media personality Khloe Kardashian has made his personal stories a hot topic in the media. Despite having loving and caring people around, Lamar Odom's unchanging drug addiction has made him solitary at present.