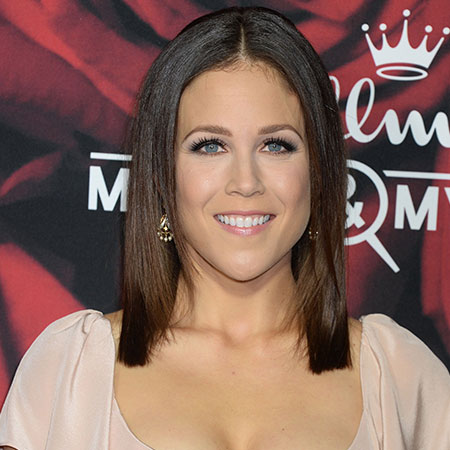 Erin Krakow is an American actress best known for her appearance in Hallmark series, When Calls the Heart.

The beautiful actress was born on September 5, 1984, in Philadelphia, Pennsylvania.

She was passionate about acting from her childhood and attended Dreyfoos School of Arts and the Juilliard School in New York City.

She started her acting career acting in plays like The Importance of Being Earnest, Steel Magnolias and George the Fourth.

In 2010, she was cast in a recurring role of Tanya Gabriel in ‘Army Wives.’

She has also made appearances in ‘Castle,’ ‘Chance at Romance,’ ‘A Cookie Cutter Christmas’ and more.

Her most loved role came in 2014 when she played the lead character, Elizabeth Thatcher in ‘When Calls the Heart.’

She has been appearing in the Canadian-American series alongside Daniel Lissing and Lori Loughlin.

Her on-screen chemistry with Daniel in the series gave way to the rumors of their off-screen relationship.

Both of them sharing each other’s picture on social media further fueled the rumors. However, they have claimed to being just friends.

She appeared in a TV movie, Engaging Father Christmas in 2017 alongside Niall Matter.