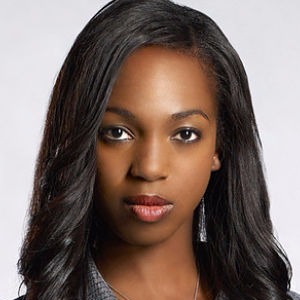 An extremely talented Canadian actress, Enuka Vanessa Okuma, simply known as Enuka Okuma, is best recognized in the entertainment world for her breathtaking performance as Traci Nash in the television series ‘Rookie Blue’.

This three-time Gemini nominee is the one among the few most popular Nigerian television actresses. She already had 45 television roles to her credit.

This renowned television and movie actress was born on 20th September 1976, in Vancouver, British Columbia, Canada.

She has truly illustrated her name Enuka – gift from heaven – gracing the entertainment world with her beauty and exclusive artistic talents. She has a Nigerian ancestry and is Canadian by nationality.

Enuka completed her university graduation from the Simon Fraser University. Realizing her interest in acting from a tender age, she decided to be an actress and came a long way to making her dream come true.

Kicking off an acting career as a teenager, Enuka’s very first role was as one of the regular cast members of the teen soap opera entitled ‘Hillside’ in 1990. Continuing with the handful of supporting roles in movies and television, she took award-winning roles such as in ‘Madison’.

The late 1990s brought Enuka’s feature movie debut through a film ‘Double Jeopardy’. She got a wide exposure of her exclusive talents through the movie that helped her gain a number of roles in small and big screens thereafter.

She gave continuity to chasing her dream of being a successful actress appearing in other acting projects such as ‘Dragon Ball Z’, ‘Mobil Suit Gundam Wing’, ‘G-Saviour’, ‘Fifteen’, ‘Shadow Raiders’, ‘House of the Dead’, ‘24’ and ‘The Christmas List’.

The Canadian diva shared her familiarity with the television screen after landing a role in popular television sitcom ‘Grey’s Anatomy’. Her other noticeable and appreciable roles came in ‘Medium’, ‘Cookie’, ‘NCIS: Los Angeles’, ‘Motive’ and ‘Fighting for My Daughter’.

Most notable among the handful of television roles Enuka played include her appearance as a detective Traci Nash in ABC police drama ‘Rookie Blue’ from 2010 to 2015 and a role in ‘Sue Thomas: F.B. Eye’ from 2002 to 2005.

Enuka’s married life is an example amongst celebrities

Enuka is the best example among the celebrities who have been successful in taking both personal life and career hand in hand.

She has been married to a musician Joe Gasparik since 2011. Gasparik and Okuma are happy enjoying each other’s companion. In such a way, an actress’s and musician’s life is not less than a fairy tale.

Married since years, perhaps they are focusing on their career as they don’t have children yet.

Perfect combination of Enuka’s measurement and height hides her age

Already in age bar of forty, Enuka still possesses an ageless look. She has left no stone unturned in leaving an impression among her fans, whether it’s in acting or presenting herself with ever enchanting looks.

Another name of perfection, Enuka is always seen absolutely stunning in almost all of her small and big-screen roles. Her attractive body measuring approx. 33-24-35 inches can be evidenced from the plenty of enthralling pictures available around the web.

Undoubtedly, 5 feet and 7 inches tall sizzling Canadian lady is the role model to many African-American women and also many others throughout the world. Her eye-catching and elegant personality i.e. the combination of natural beauty and beautiful wardrobe choices have always lured the heart of many.

Her fans can follow her in social medias. Also, more biographic details can be drawn from several sites on the internet.