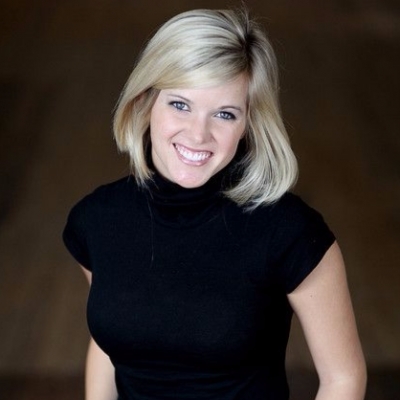 Fox News reporter Elizabeth Prann is lucky enough! Success has been paving her way everywhere. Just being one of the popular faces in international news channel doesn’t satisfy anyone unless one is happy with his/her personal life.

Elizabeth is one of the very few, who has wisely balanced her personal and professional life. She has been married to an American baseball pitcher Darren O’Day since 2010. Don’t be confused with English actor Darren Day for this baseball player.

The couple doesn’t speak much about their personal stuff to the public, but it’s believed that the lovebirds’ romance began years back, sometime while in the University of Florida. Throughout the time, they have been for each other in every thick and thin. Love and understanding bounded them strong from the years.

The “so in love” couple, tied the knot on 20th November 2010. The wedding ceremony was held at Ritz-Carlton, Atlanta, Georgia. Few years after marriage, the duo remained focused on their respective career keeping away the plan of extending family until 2014.

Putting the proud couple in seventh heaven, a baby girl named Claire arrived to grace their blissful paradise. The couple hasn’t publicized any picture of their little angel yet. Probably, being in highlight with the personal matters isn’t their preference. So, they rarely make a public appearance, at least in reach of media coverage, together.

Balancing motherhood and career isn’t easy task for anyone, not even Prann. But she has shown it, she did it. Perhaps, she also endured some hardships in pursuits of balancing the responsibility of being a mom and reporting for Fox News. Her twitter status “Not-so-gracefully balancing motherhood, reporting the news and watching more baseball than a prepubescent boy…” provides a hint to some extent.

Baltimore Orioles reliever often addresses his own wife as “awesome and pretty lady”. Both of them feel lucky to be each other’s better half. Not only flourishing career and happily married life isn’t enough to make her a perfect woman.

The 31-year-old also serve an example of the nearly perfect hourglass shaped figure. She possesses a hot body measuring approx. 37-26-36 inches, well-complemented by her height and weight. She stands tall and has balanced size but an exact numerical measure of her height and weight isn’t unveiled.