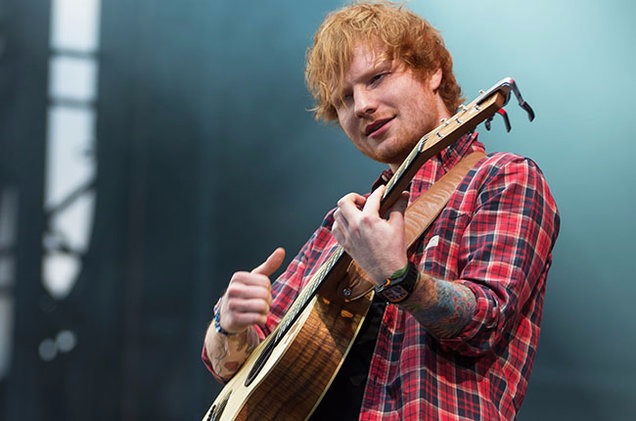 Ed Sheeran has been knocked down by a car while riding his bicycle in London, according to reports. The Barcelona singer was reportedly rushed to a nearby hospital for treatment.

Sheeran has apparently broken his arms, say pals, which may put a halt to his Asian tour.

UPDATE: The British singer took to Instagram to confirm the news. He has posted a photo of his broken arm.

In the caption he wrote, “Ive had a bit of a bicycle accident and I’m currently waiting on some medical advice, which may affect some of my upcoming shows. Please stay tuned for further news. Ed x” 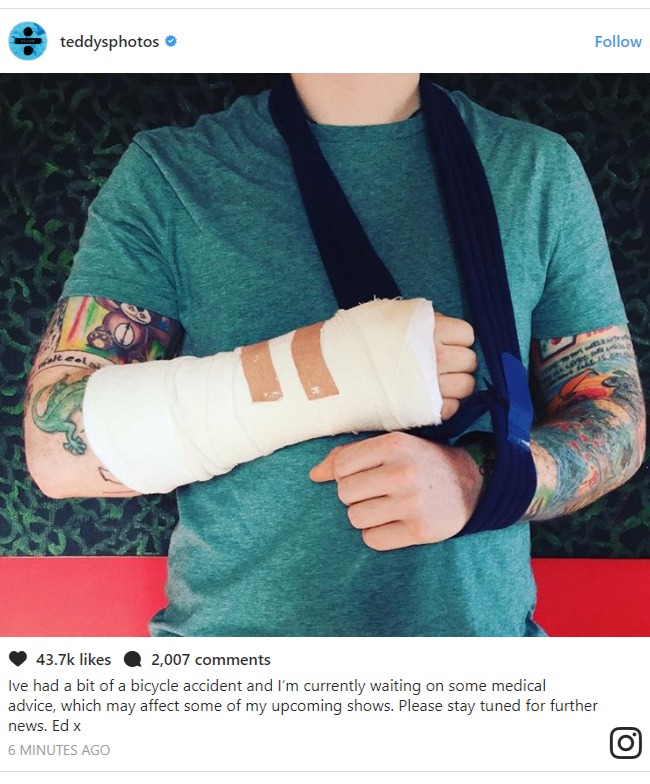 Sheeran is scheduled to perform at 14 locations by the end of 2017 including concerts in Japan, South Korea and Thailand, before kicking off the Australian leg of his tour in March 2018.

The tour is in promotion of his commercially successful third album Divide, which was released earlier this year.