Dylan Conrique is all set to release a new music video 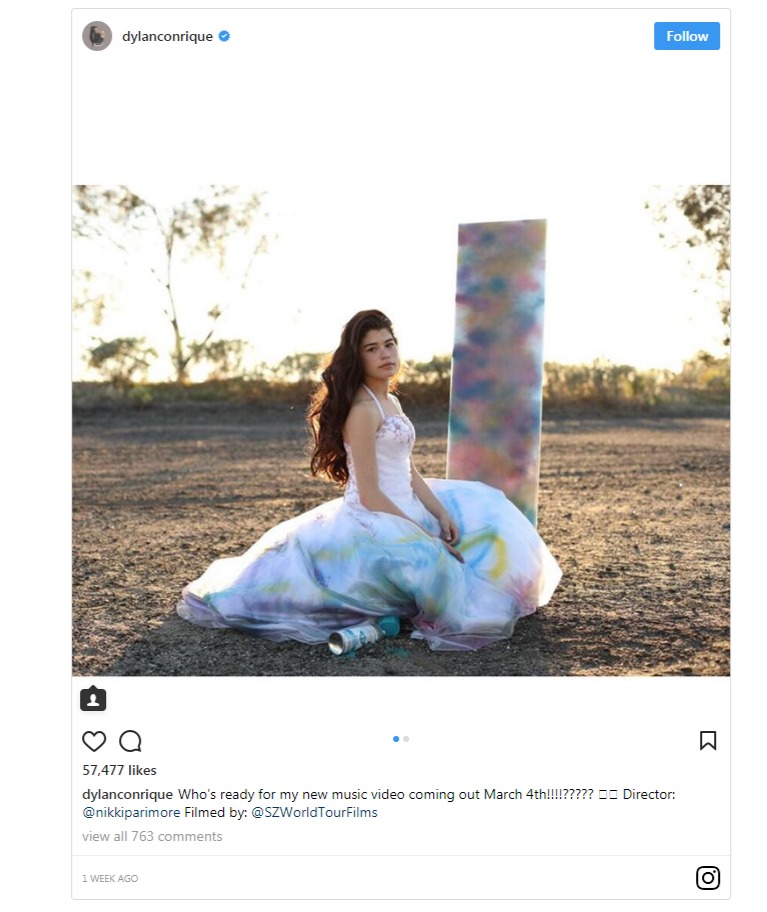 Dylan Conrique is popular for her work in the web series, Chicken Girls. Other than acting, she is also into singing and dancing. She has appeared in music videos alongside, Johnny Orlando and Mackenzie Ziegler. She released her debut music video Heartbeat in 2017. As of early 2018, she is all set to release her new music video. She took to Instagram to share the big news and captioned, “Who’s ready for my new music video coming out March 4th!!!!????? ?? Director: @nikkiparimore Filmed by: @SZWorldTourFilms.”